Storm travels to the Carver Center 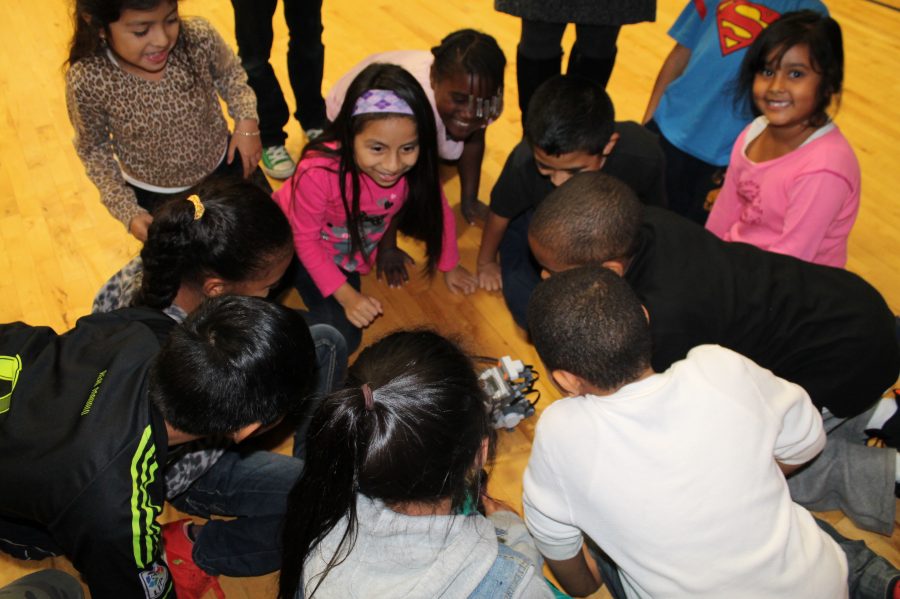 A group of eight Convent of the Sacred Heart robotics class students and faculty members traveled to the Carver Center to lead a robotics workshop with children ages six through 12 Friday, November 8. The kids clapped and cheered in excitement as Storm, Sacred Heart’s robot, danced and talked its way through the hallways of the center.
The Carver Center, located in Port Chester, New York, is a community-based organization that provides educational and recreational resources to children, adults, and families.


Freshmen Haley Horn, Hanna Sheehan, Stephanie Comer and junior Abbi Wilson traveled to the center with third grade homeroom teacher Mrs. Beth Carlucci, Middle School Coordinator of Educational Technology Mrs. Kiki Carrozza, Director of Campus Ministry, Upper School Community Service and Summer Enrichment Mrs. Lori Wilson, and Director of Educational Technology Mr. Karl Haeseler.
The students and faculty members separated into groups and helped the Carver Center students learn about three different types of robots. The robots varied in difficulty and complexity, including “Bee Bots,” which are programmed by buttons, “Lego Robots,” which are voice controlled, and  Storm, which is programmed through a computer. The children learned how to program the robots to move and talk.
“The kids were in awe of the robots and very exited about being able to play with them,” freshman Stephanie Comer said.
According to junior Abbi Wilson, the children were very excited to learn about the different types of robots. They enjoyed the “Bee Bots” in particular, for they were able to program them on their own.
“I didn’t even think of it as community service. I was just having fun with the kids,” Stephanie said.
The robotics class has also been preparing for events within the Sacred Heart community, including programming Storm to perform dances to different Christmas carols.
-Anna Phillips, Co-Features Editor
-Special Contributor, Abbi Wilson ’15
Delete Image
Align Left
Align Center
Align Right
Align Left
Align Center
Delete Heading