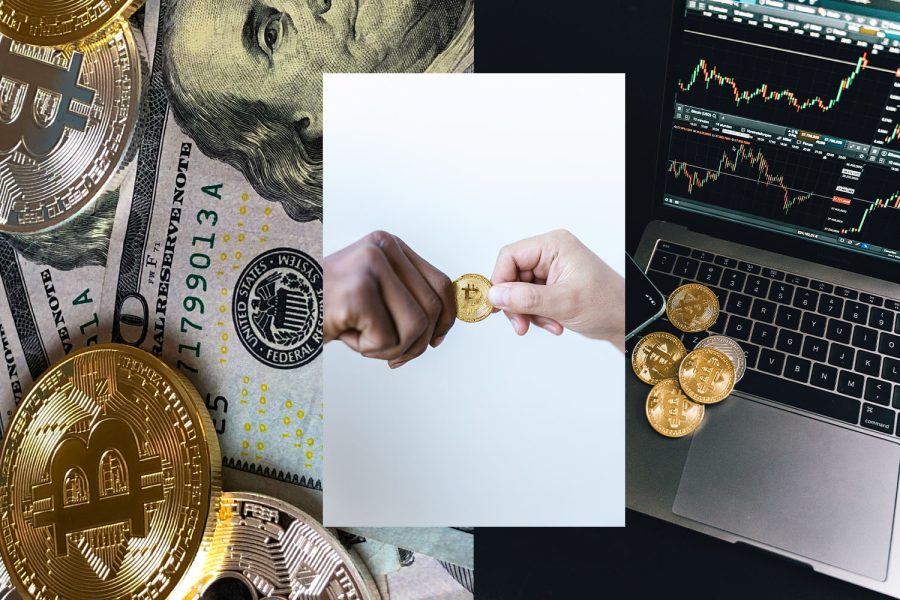 As of February, the value of Bitcoin, the most popular type of cryptocurrency, is $43,646.92, according to previsionibitcoin.it.   In November 2021, the digital currency’s worth reached an all-time high of $68,990.   As more people, especially adolescents, begin to invest in Bitcoin, its price will continue to increase and decrease drastically, according to forbes.com.  Cryptocurrency is attractive to many adolescents due to its efficiency and the possibility to earn money in a contemporary way.  Catherine discussed the recent development of cryptocurrency and how she believes it will grow in the future.

“I think it [cryptocurrency] has a lot of potential to be something very influential [and] will become more popular in our economy and business investments as it further develops,” Catherine said.  “Based on its success so far, and assuming it will continue into the future, I think it would be a wise decision to invest in it.”

While the prospect of cryptocurrency is alluring to adolescents who hope to enter the finance industry, it also attracts risk-takers.  The values of Bitcoin and other cryptocurrencies rise and fall,  and for certain people, this is like a game for how much money they can earn.  Mr. David Yermack, a professor of finance and business transformation at New York University, describes how risk-takers view the volatility of cryptocurrency.

“The volatility attracts people who like gambling, excitement, and so forth,” Mr. Yermack said, according to nypost.com.   “They are not so interested in underlying economics, but [rather] the chance of a very rapid, high gain, or a very rapid, sharp loss.”

NFTs appeal to artists as a way to sell digital creations with Ether.  These creations include art, videos, and music.  Instead of waiting to sell their art in art galleries, artists can now easily sell their work through the Ethereum blockchain.  These artists continue to profit from their creations even after resale, according to forbes.com.  Through NFTs, young creators can freely express themselves and their work.

For citizens of heavily indebted countries, there are several benefits to exchanging money via cryptocurrency.  With their high inflation rates and unstable currencies, developing nations encourage residents to invest in cryptocurrency, specifically Bitcoin.  This has created a divide among populations, according to The New York Times.  While some are eager to lower poverty, others are hesitant due to the risk of investing in cryptocurrency.  In the long term, investing in Bitcoin is effective for the younger generation, but inconvenient for those who aim to rapidly increase their income, according to guardian. ng.

Thus far, it is unclear whether the future of cryptocurrency is prosperous or doomed.  Many adolescents believe its growth will have an enduring influence on youth investment.  People living in developing countries are doubtful of how much money they can earn by investing in and exchanging cryptocurrency through the Internet.  Whether or not the use of cryptocurrency will increase in future years, research shows that it will continue to impact communities around the world.