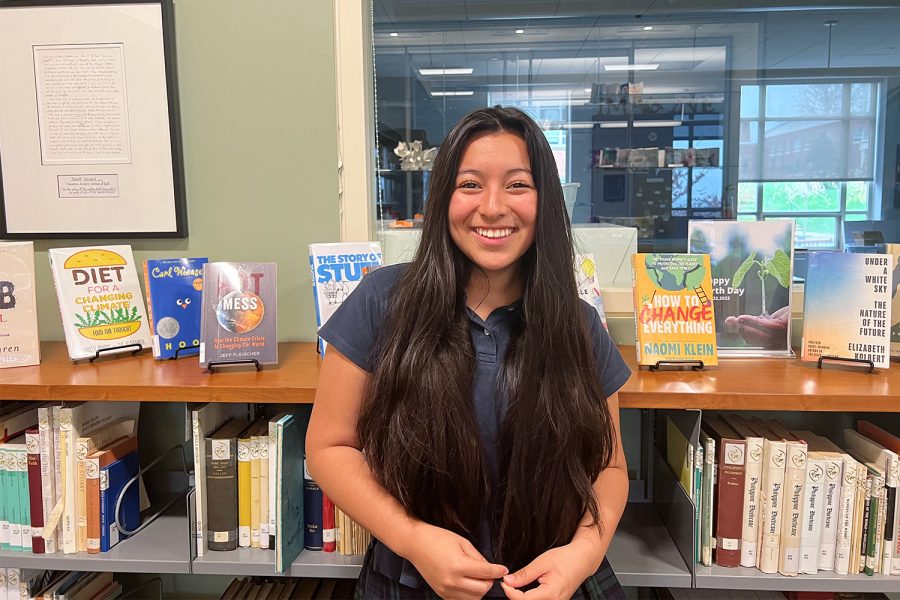 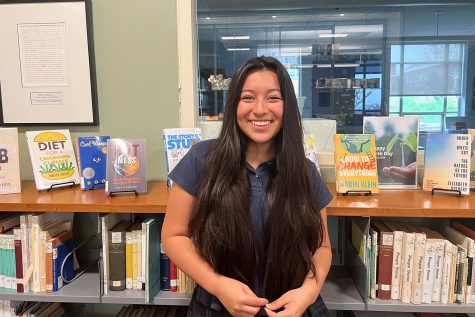 What is the purpose of the Leaving Footprints club?

“I created my club, Leaving Footprints, to allow Middle School students to engage in community service they are interested in.  Leaving Footprints members choose a new organization or cause to support every one to two months, chosen by majority vote.  The ways in which money or donations are collected are also chosen by the group.  The club has done drop boxes, bake sales, and games, such as jeopardy, to inform the community on certain issues in our world, and also have fun while helping people or animals in need.  The causes we supported this year were animal shelters, mental health hospitals, and child literacy organizations, along with building schools and libraries.  This club improves the confidence and leadership of middle school students, by allowing them to share their interests and acting on those in creative ways.”

What inspired you to introduce Leaving Footprints to middle school students?

“As much as Sacred Heart gives opportunities to middle school students to find their interests and support through service, I felt that my club was different and useful to the school.  I believe this club is a fun group I would have liked to be a part of when I was still in Middle School, that also would have helped me guide into the upper school club options and explore what I loved to do.  I also wanted to make a difference with people who feel passionate to do such as well.  I’ve always wanted to do whatever I could to help people and the overall world, and knowing I am one step closer to doing so, is a great feeling. “

What are your goals for the future of the club?

“I am currently working with a coordinator of the Network of Sacred Heart Schools to increase my club throughout other schools in the country.  My goal for this club is not only to spread it and have multiple schools and people aware of its existence but also to have it create an impact.  As with the girls that are in my club, the ideal future outcome for leaving footprints is to do all that we possibly can.  With an increased number of members of this club, the difference we can make is going to skyrocket, which is honestly a dream come true.  A big fundraiser we are also attempting to plan is a huge clothes drive to a third-world country in South America.  The actual origin of this club started with my grandmother meeting a young boy with no shoes while visiting a high-poverty city in Ecuador.  She took the boy to buy a pair of shoes, and he asked if he could get them in a size larger, to share with his older sister.  Coming from a family, community, and a country where I have been blessed with economic privilege, especially compared to situations other people throughout the world face, donating to people who need most is what I believe we should all be doing.  This story inspired me to start this club, so I would love to have a large fundraiser to support the cause that began this entire project, that is now Leaving Footprints.”

The King Street Chronicle thanks freshman Hazel Carrion for her contributions to “Humans of Sacred Heart.”