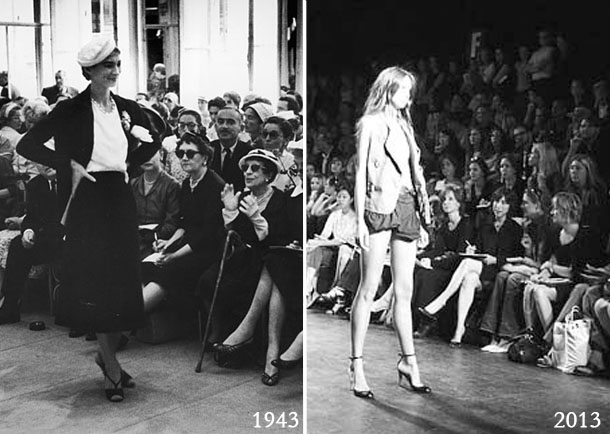 As one of the most crucial events on the calendars of designers and retailers worldwide, Fashion Week has evolved from a simple business affair to an iconic event for fashionistas everywhere. The event is exclusive to fashion professionals, expert photographers, and A-list celebrities who are fortunate enough to take a peek at the newly released spring and fall collections.


Originally known as Press Week, Fashion Week launched in 1943 in New York City. Fashion publicist Eleanor Lamber created the show as a way for upcoming American designers to present their latest collections to potential consumers around the world.  The show not only cast a spotlight on these new designers, but also opened the door to a fashion industry beyond Europe.

Fashion Week takes place in both February and September of each year, with shows in four fashion capitals: New York, London, Milan, and Paris. This February, New York hosted the spring collections of Rebecca Minkoff, Diane Von Furstenberg, Tory Burch, Michael Kors and many others.

Due to the cultural diversity of these chosen locales, each event showcases its own unique style. The works of iconic designers such as Calvin Klein, Giorgio Armani, Donatella Versace, and Coco Chanel have graced the runway year after year, premiering many of today’s clothing staples. Little black dresses, stiletto heels, mini skirts, and even leggings are among the many Fashion Week designs that have left revolutionary impressions.

“My favorite part of the event is how each show brings something completely new to the table and there’s truly something for everyone’s taste. Even though I haven’t had a chance to attend Fashion Week myself, I love scrolling through all the photos released afterwards,” Convent of the Sacred Heart senior Jacqueline Thomas said.
According to theguardian.com, over 250 designers and 232,000 guests attend the event each year, promoting not only the fashion business, but also tourism. New York City alone gains over $532 million in direct visitor spending as a result of Fashion Week, according to huffingtonpost.com.

Although only a limited list of fashion editors, buyers, and journalists are invited to attend the official Fashion Week events, hundreds of smaller, unofficial shows take place in each city during the week of celebration. Many international cities, including Tokyo, Miami, Toronto and Berlin, have even adopted their own Fashion Weeks.
“The fact that these cities all have their own versions of Fashion Week shows that the industry is really growing,” freshman Kate Gerstner said.
-Priscilla Valdez, Staff Writer