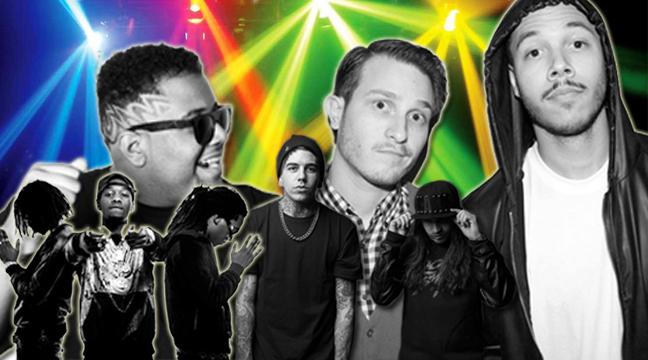 
Dubstep, House Music, and Hip-Hop aficionados have fallen into the trap of trap music. This new genre burst onto the scene in early 2012, taking elements from those three popular genres and forming a new style of its own. With trap songs climbing the charts and growing in popularity among teens, this new style has made a notable impact on dance music.
Trap music focuses on upbeat tempos, strategically aligned rap vocals and the bass drop. With these three elements, it creates an atmosphere that aims to make its listeners feel the beat.
“Trap music makes me forget that people are watching,” Convent of the Sacred Heart senior Lauren Schwabe said. “The beat and bass are both so heavy that I can’t help but want to dance.”
Migos, Caked Up, Flosstradamus, and Carnage are some of the successful trap artists and DJ’s of 2014. Their music has been ruling the dance stage in the past months, and even local dance clubs have adapted to the huge demand for trap music.
Arch Street, a Greenwich teen center that often hosts dances and events for high school students, has noticed trap music’s rise in popularity in recent years.
“A lot of our DJ’s have noticed that the crowd responds better to them while playing trap, and have begun to switch up their sound a bit,” Arch Street board member and senior Katie Hill said.
In an interview with Thisis50, a successful blog and video blog site, trap artist, Young Josh of Flosstradamus, explains that trap music is a culture.
“If you’re an EDM artist, it doesn’t matter who you are. Kids will come out to see you because they support our movement,” Young Josh said.
As the trap music movement that Young Josh speaks of progresses, teens of America continue to gravitate towards it, making the bass-heavy, high-energy tune more relevant everyday.
“I think that the introduction of trap music totally revolutionized the dance scene. More and more teens and young adults are looking for trap artists because they love their sound and vibe so much,” Arch Street board member and senior Mari Riera said.
– Jessica Johnson, Sports & Health Editor and Co-Video Content Editor
Delete Image
Align Left
Align Center
Align Right
Align Left
Align Center
Delete Heading