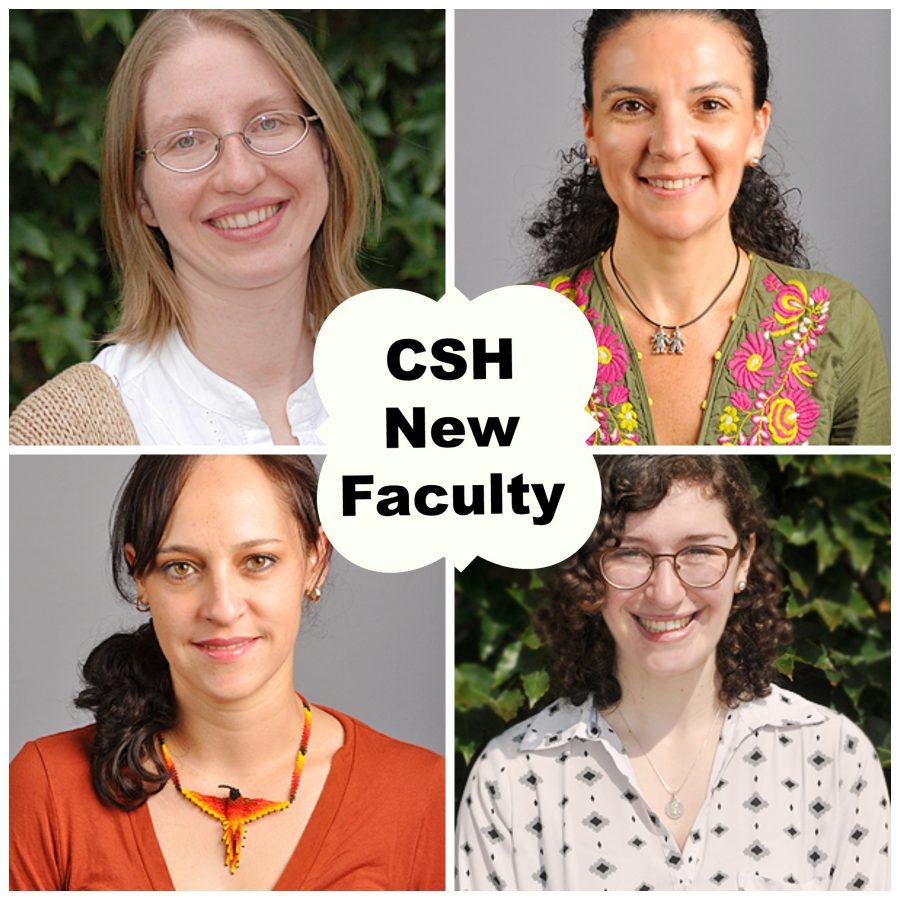 
While the exterior of Convent of the Sacred Heart has undergone changes, the interior has also transformed with the addition of new faces to the Upper School community.
This year, Sacred Heart welcomes four new faculty members: two new teachers to the Upper School language department, Señora Montserrat Garcia and Señora Sandra Pina de Stewart, one returning Upper School science teacher, Dr. Saffron Castle, and one Sacred Heart alumna and Future Problem Solving teacher, Ms. Grace Hirshorn.
Señora Garcia has been teaching for fourteen years and is excited to begin her fifteenth at Sacred Heart.
“I think the classes are going well and that it has been a process of adjusting to new teaching and to a new environment, but we’re off to a good year,” Señora Garcia said.
She hopes to create a uniquely Spanish environment in her classes, implementing both Spanish language and culture in every session.

“I would like to make a cultural awareness beyond the language, to create in my classroom a community of educated learners on the Spanish culture,” Señora Garcia said. “I’m very proud of my culture and heritage, and very passionate about what I do. I like to bring that to my classroom everyday.”

One of Señora Garcia’s hopes for this year is to “set the basis and give students the tools to be independent learners,” she said.

“I really enjoy taking Spanish as a language and I’m looking forward to having Señora Garcia as my new teacher this year,” Marie said.

Another new face in the language department, Señora Pina de Stewart, is already acquainted with the Sacred Heart community. Her sister-in-law is Broadcast Journalism Studio Director and Broadcast Journalism Teacher Ms. Ellyn Stewart. She has previously worked as a Spanish professor at Mercy College and as a teacher for the English as a Second Language program at Westchester Community College for another six years.
Señora Pina de Stewart uses interactive teaching methods to foster motivation and inspiration for learning a new language.
“I want students to trust in themselves to be able to achieve their highest potential in an atmosphere where they can feel free to express in their second language and learn from each other,” Señora Pina de Stewart said.
Dr. Saffron Castle has returned to Sacred Heart after a one-year absence. Prior to leaving, she taught for eight years in the Upper School science department. This year, she is teaching college-preparatory chemistry, AP Chemistry, and AP Physics C.
“I really hope my students get to the end of the year feeling that they worked hard, learned a lot and enjoyed some of their discoveries,” Dr. Castle said.
Ms. Grace Hirshorn, alumna of the class of 2011, has returned to the Sacred Heart community as the Coordinator of Future Problem Solving Teams (FPS). FPS is a program for fourth through twelfth grade students that was created by former Lower School Head Dr. Ann Marr in 2002.
Ms. Hirshorn attends Yale University and has decided to take this fall semester off to work at Sacred Heart. She plans to return to complete her senior year in the spring before graduating in May.

“The decision to accelerate by a semester and return to Sacred Heart to coordinate the FPS program was a simple one. I enjoyed many years of Future Problem Solving with my two younger sisters, Sarah and Emily, under the capable direction of FPS Coach Dr. Marr. Now, I’m so excited to be able to come home, to give back,” Ms. Hirshorn said.
The purpose of FPS is to investigate the problems of modern trends and consequently finding their solutions. Ms. Hirshorn eagerly anticipates the program’s upcoming conferences, and has high hopes for her FPS team this year.
“At the Middle School FPS Kickoff on September 18, I was struck by the confidence and motivation of returning team members, and the willingness to learn of new recruits. They’re already dreaming of a return to the FPS International Conference, and I will do everything in my power to support them,” Ms. Hirshorn said. “We’ve always brought heart. Now it’s time to bring some heat.”
-Alexandra Dimitri, Staff Writer
Delete Image
Align Left
Align Center
Align Right
Align Left
Align Center
Delete Heading