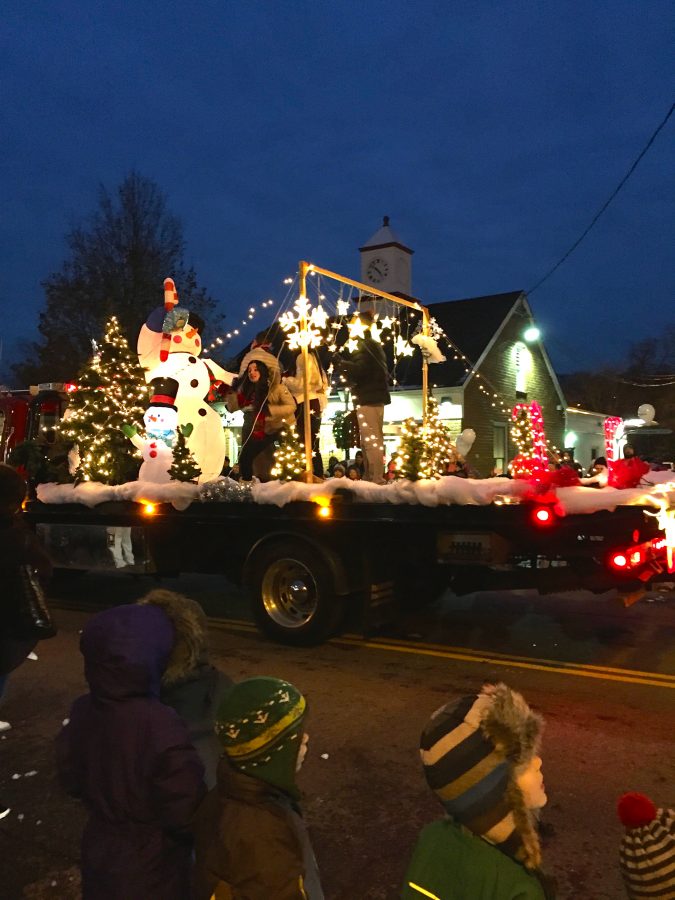 [envira-gallery id=”37511″]In the spirit of the holiday season, members of the Armonk, New York community, celebrated the annual Frosty Day to commemorate Mr. Steve Nelson’s Christmastime classic, “Frosty the Snowman” November 29. Mr. Nelson, a former resident of Armonk, wrote the lyrics to this festive carol in 1950 and consequently sparked a new town tradition.
After World War II, Mr. Nelson moved to Armonk, North Castle with his family. For more than thirty years, the Nelson family celebrated the holiday season with an inflatable Frosty the Snowman on their front lawn.  Mr. Nelson lived in Armonk until his death in 1981, according to armonkfrosty.com.
Although Mr. Nelson wrote “Frosty the Snowman” while living in White Plains prior to the war, Armonk is considered the hometown of the iconic Christmas character.
Mr. Nelson based the “Village Square” where Frosty dared the children to “catch me if you can” off of Armonk’s Historic District. In addition, the “traffic cop” in the song who hollers “Stop!” to Frosty refers to Armonk’s former Chief of Police, Mr. John Hergenhan, according to armonkfrosty.com.
In 2009, Friends of Frosty Inc., a non-profit organization, began the Frosty Day tradition in Armonk to honor Mr. Nelson’s tune.
Over 1,000 residents of North Castle and members of surrounding communities celebrated the annual Armonk Frosty event November 29. In downtown Armonk, attendees participated in festivities including a scavenger hunt on Main Street, ornament decorating at Mariani Gardens, train rides around town, and hayrides through Wampus Brook Park. Families also enjoyed musical performances and magician shows in Armonk Square.
“Even though I live in Stamford, I went to the Frosty the Snowman celebration this year with my family,” junior Alana Maguire said. “My younger brother, Shane, looks forward to going to the parade every year. I love celebrating the Christmas season and getting to spend time with my family. Frosty day has become a tradition in my family.”
The day continued with a “Welcome Home, Frosty” parade in which over 30 different local businesses, groups, and organizations participated. Following the parade, attendees gathered at a gala holiday lighting ceremony at the town gazebo.
– Holly Roth, Staff Writer