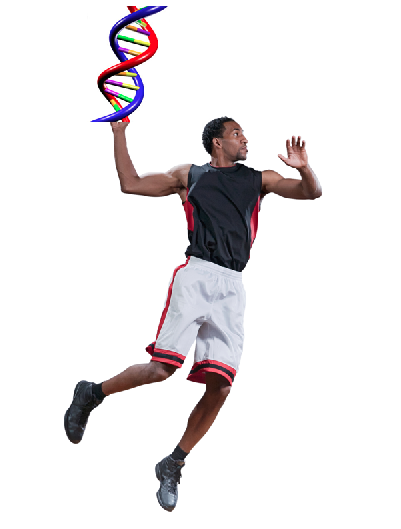 Ms. Melanie Lindholm of the Karolinska Institute examines the affect of exercise on DNA through methylation. Kim Smith '15

From a decreased risk in heart disease to the prevention of diabetes, it is no a secret that physical activity has health benefits. However, there is yet another reason to exercise. A single twenty-minute workout can actually change the expressions of innate DNA to improve fitness and overall health.
Although inherited DNA genes cannot be changed, genes have attached components called methyl groups that affect the way genes are expressed. During gene expression, the information in the gene is used to direct the assembly of a protein molecule, and ultimately dictates cell function. Researchers have found that lifestyle, diet, and exercise directly affect gene expression, according to theatlantic.com.


Graduate student Ms. Melanie Lindholm of the Karolinska Institute in Stockholm led an experiment to learn more about DNA methylation and exercise, according to The New York Times. Ms. Lindholm employed 23 men and women and asked them to exercise one of their legs for three months, leaving the other one untouched.
At the end of the experiment, researchers studied the participants’ genomes, or their complete sets of DNA. More than 5,000 sites in the genome from the exercised legs had new methylation patterns that the unexercised legs lacked. This means that methyl groups were added to compounds during the experiment.  Most of the affected genes were linked to energy, insulin, and muscle inflammation or pain. These genes also determine the fitness and health of the body.
According to healthland.time.com, researchers performed a different study in 2012 and concluded that gene activity increases with workout intensity. These alterations to DNA help muscles work more efficiently. Essentially, exercise prepares the body for the next session by modifying the DNA.
“Through endurance training — a lifestyle change that is easily available for most people and doesn’t cost much money,” Ms. Lindholm said according to The New York Times. “We can induce changes that affect how we use our genes and, through that, get healthier and more functional muscles that ultimately improve our quality of life.”
Students and teachers at Convent of the Sacred Heart are interested to learn more about how a single bout of exercise can change their DNA.
“Other studies have found that things like stress and starvation can affect which of our genes are ‘turned on’  or ‘turned off.’ So, it’s interesting to see that a positive activity, such as exercise, can also affect genes,” Upper School Science Teacher Dr. Kristina Gremski said.  “It would be particularly fascinating if the scientists followed the participants for a longer time to see if the effects continue and if the DNA modifications are passed down to their children.”
– Kim Smith, Managing Editor
Delete Image
Align Left
Align Center
Align Right
Align Left
Align Center
Delete Heading