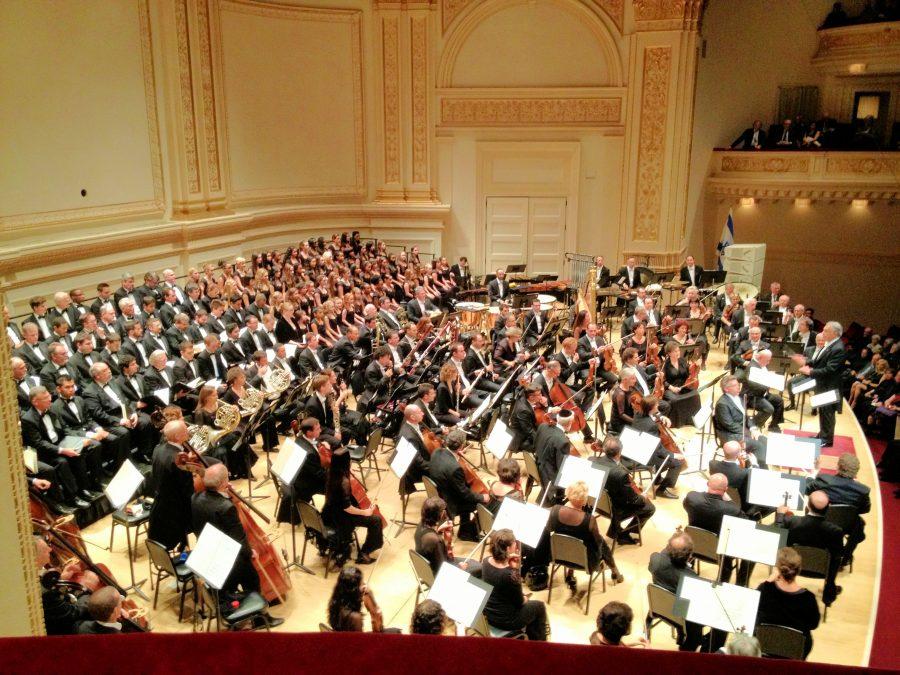 Lights turn on and all she can see is darkness. The young performer looks out from the stage as flashes of light hit her eyes. She cannot see the faces of the audience. The performer is Convent of the Sacred Heart freshman Brooke Remsen. Her stage is New York City’s Carnegie Hall.


Brooke started her singing career at age two. She has performed at Carnegie Hall  twice, the first time when she was 11 years old and the second time this past fall. February 27 at 7 pm, she will perform for a third time, alongside two of the country’s most prestigious musical groups.
Brooke’s professional career took off after her fifth grade performance as Maria in Milton Elementary School’s The Sound of Music. The school’s Music Director Dr. Shawn Amdur suggested she audition to sing in the New York City Opera. In August 2009, she made the cut. In November when she was in sixth grade, Brooke performed  Esther with the New York City Opera Children’s Chorus at Carnegie Hall.
According to a November 2009 article in The New York Times, New York City Opera’s production of Esther announced the Opera’s revival with purpose and confidence. The work was an “unlikely triumph” with audiences and critics, who praised its “authenticity and sheer theatricality.”
Brooke played a child who laughed at Haman, an advisor planning to kill the Jewish people in Persia.
“I knew I was into the character,” Brooke said. “I loved having the audience watch—I was helping the audience to understand and see the story.”
New York City Opera Children’s Chorus disbanded and folded into the Brooklyn Youth Chorus in winter 2011. Ending her two years in the chorus, Brooke now sings with Christ’s Church in Rye, New York and practiced with Sharon Lavery, the current Assistant Professor of Practice of Conducting at the University of Southern California.
In the fall of 2012, her freshman year, Brooke auditioned for the Manhattan Girl’s Chorus. She not only became a member of the chorus, but became part of a select group to perform at Carnegie Hall, a New York premiere of Noam Sheriff’s Mechaye Hametim (Revival of the Dead) October 25, 2012 with the Israel Philharmonic Orchestra.
The Manhattan Girl’s Chorus was offered the chance to perform again at Carnegie Hall February 27 at 7 pm. Brooke, who has sung with the Manhattan Girl’s Chorus since September 2012 will sing in a different select group from the chorus. Performing is a commitment.
“[Music] is our sport,” Middle and Upper School Music Director Ms. Annette Etheridge said.
Currently, Brooke sings with three groups: the Manhattan Girl’s Chorus, Christ’s Church choir and the Sacred Heart Madrigals choir.
“Brooke puts herself out there to do auditions and be involved in various choruses and higher-end groups for her age,” Ms. Etheridge said.
The performance is a New York premiere of Oceana and Symphony No. 7 “Toltec,” a pairing of two contemporary choral compositions by Osvaldo Golijov and Philip Glass. Oceana is a Latin American musical work. “Toltec” is a Mesoamerican spiritual work with driving rhythms and varying textures in orchestra and chorus.
Brooke will perform with a select group from the Manhattan Girls Chorus, alongside the Collegiate Chorale  with Venezuelan female jazz vocalist Biella Da Costa, and the American Symphony Orchestra conducted by James Bagwell.