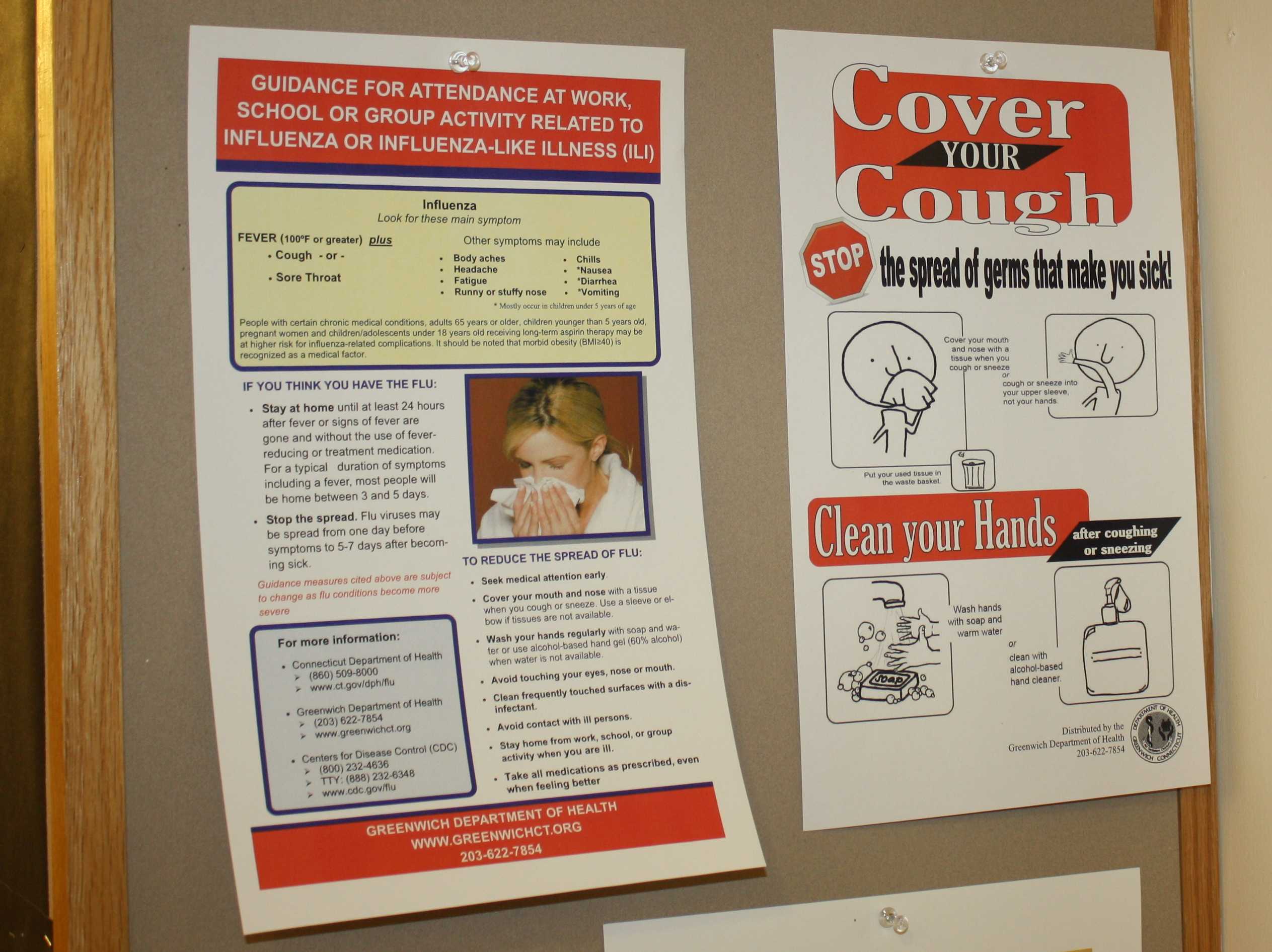 According to posters outside of the nurses' office, sneezing, headache, sore throat, nausea, fever, and aching muscles are all symptoms of influenza. Katie Ellison '13

Every year, flu season arrives, accompanied by sniffles, stomach aches and sick days. This year however, the flu has taken a much higher toll. As of February 4, a total of 45 children have died from influenza or flu-related illnesses, according to USA Today.
A January 9 New York Times article, “Flu Widespread, Leading a Range of Winter’s Ills,” stated that there are three flu-like viruses, including influenza, a norovirus, and a strain of whooping cough.
Though technically different illnesses, norovirus and flu bugs behave very similarly. According to the Centers for Disease Control and Prevention, noroviruses and the flu are both highly contagious, and spread through direct contact with the virus. Both have symptoms that include fever, fatigue, stomach pain, nausea, diarrhea and vomiting.
This winter, a new strain of the norovirus surfaced in Australia and rapidly spread to the United States, contributing to the recent outbreak and influx of flu patients to hospitals around the country.
With the recent extreme outbreak, many Convent of the Sacred Heart students and families found themselves scrambling to become vaccinated this past month.
“I actually got the flu ‘mist’ a month ago because I had heard that the flu was going to be particularly bad this year,” senior Jenna Hascher said.
Senior Molly Flynn’s father, Dr. William Flynn, a pediatrician at New Canaan Pediatrics, attributes the sudden interest in vaccinations to the increase in media coverage regarding influenza this year.
“Due to the extensive news coverage on the prevalence of this year’s flu, a large number of people have been rushing into the office to get the shot in the past couple of months and are very disappointed when they discover that vaccine availability is spotty at this point in the season,” Dr. Flynn said.
“The demand for the vaccine is definitely higher now than it has been in years past. Many people who refused the vaccine in years past are getting the vaccine this year,” Dr. Flynn said.