The current state of black history 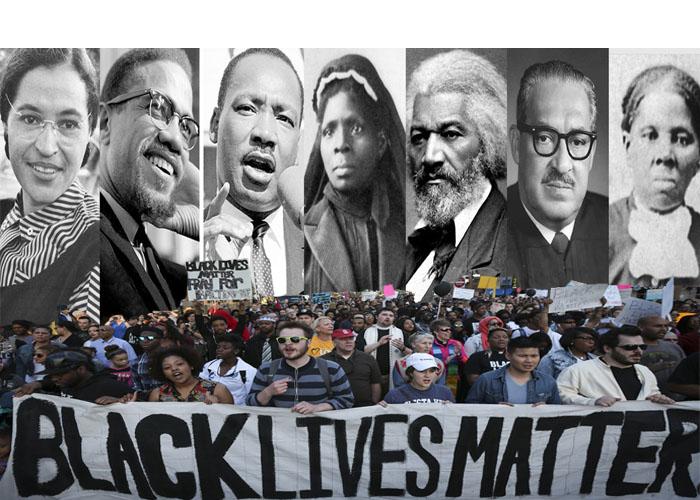 “Without the appreciation of this history you descend into fantasies that black people don’t deserve equal rights because black people constitutionally, intellectually, morally are not the equals of whites period.” (Slavery by Another Name)

This last line of the black history film was followed by yawns and the sounds of my peers shifting in their seats around me. At that moment, I realized that there is not enough being done to educate students on not only the history of black individuals, but also on the present social standing of African Americans.
I believe that there is a problematic discrepancy in how black history is taught in American school systems. Therefore, education must be reformed in order to eradicate the social injustice in this country. Current problems regarding race and potential solutions should be at the forefront of history class discussions.
Black History Month began in 1926 through African American historian, scholar, educator, and publisher, Carter G. Woodson’s effort to incorporate African American history into the study of American history, in order to highlight the past struggles and current value of African Americans in society, according to huffingtonpost.com.
Mr. Woodson’s objective seems to have been condensed into 28 days of sharing random facts that are quickly forgotten when the month ends. This is disappointing to say the least, because being black in America cannot be defined by trivial information.
It is important to know that Ms. Hattie McDaniel was the first African American to win an Academy Award and that black people are responsible for many notable inventions, such as potato chips, microphones, and the traffic signal, according to black-inventor.com. But what good is this knowledge if it is not being used to create an integrated and just society?
February seems to have become a competition to see which individual is the least racist. This battle, however, is based on how many black history facts an individual can remember. Therefore, educators should not only teach about the innovations, struggles, and movements of African Americans, but should also discuss current events and the importance of equality and justice within our society today.
Teachers may consider implementing an integrated curriculum when talking about Black history, in which the past is used to make connections to and catalyze conversations about the present. For example, teachers can teach about the Civil Rights Movement and the violence that ensued, in correlation with the various cases of police brutality that have arisen in recents years, such as the 2014 shooting of 18-year-old Michael Brown in Ferguson, Missouri, according to learnnc.org.
Black History Month is not just a time for black people to reevaluate what it means to be African American, nor is it a time for white people to form a newfound appreciation for black people. While there is value in both, I believe Black History Month should be centered around building a community of acceptance, grounded in a knowledge and understanding of all people. I am confident that this will set the stage for true social, political, and economic equality.
– Cheyann Greirson, Co-News Editor
Delete Image
Align Left
Align Center
Align Right
Align Left
Align Center
Delete Heading