Springing into action for a cause 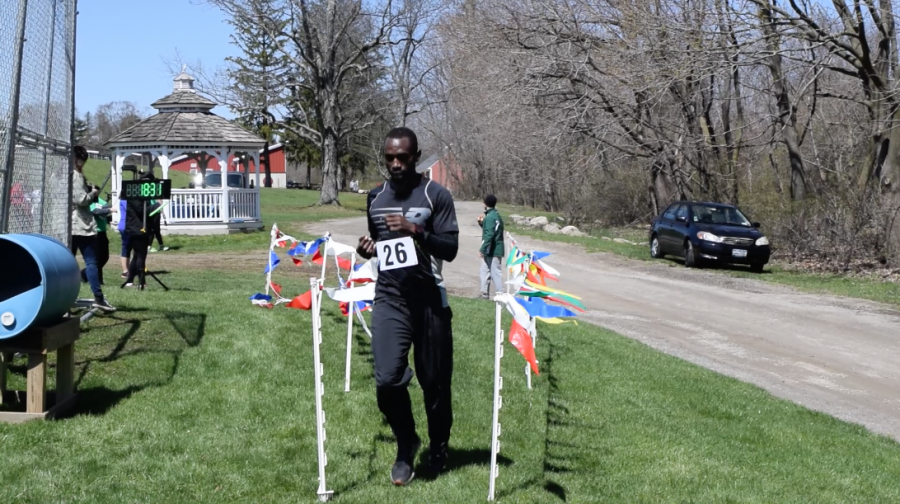 
Mrs. Lori Wilson, Director of Campus Ministry, Upper School Community Service, and Summer Enrichment, began coordinating this year’s Spring into Action for Uganda last year. Along with Mrs. Wilson, students involved in the Upper School Community Service Club, Mrs. Ruth Ramirez, Lower School Service Coordinator, and Mrs. Michelle Smith Middle School Service Coordinator helped collect donations such as water and bake sale items. Additionally, Sacred Heart athletics and Africa Task Force co-sponsored this event through assisting student sign-ups and organizing the bake sale with the Community Service Club and Mrs. Ramirez.
In past years, Spring into Action for Uganda only included a five-kilometer race and one-kilometer walk. This year, however, the event featured additional events including yoga sessions, access to the pool, and basketball and squash practices.
“This event is very important personally. I’ve gotten to see the expansion of this event, and with more people involved we will, as a community, be able to support more girls in our sister schools,” senior Elizabeth Considine, member of the Community Service Club and head of Africa Task Force, said.

Before the event and registration took place, Reverend Thomas M. Simisky, Society of Jesus, president of Fairfield College Preparatory School, celebrated a mass in Sacred Heart’s chapel at 11 a.m. that focused on giving to others.
Guest speaker Ugandan runner Mr. Julius Mutekanga talked about the purpose behind the event. Mr. Mutekanga previously participated in the 2011 World Championships and the 2012 Olympics. During the event, the Olympic runner discussed running techniques and the importance of education and athletics for Ugandan children.
Mr. Mutekanga came in first place in the five-kilometer race with a time of 18 minutes and 25 seconds. Junior Mackenzie Jordan placed second with a time of 22 minutes and 24 seconds. Freshman Olivia Batal placed third with a time of 26 minutes and 34 seconds.
Within countries such as Uganda, there is frequently a lack of substantial education programs for the children attending the schools, according to monitor.co.ug.
“Most girls do not have what our students have — shoes, a variety of different types of foods to eat, not having to worry about electricity, not having to worry about having enough food,” Mrs. Wilson said.
According to newvision.co.ug, Uganda is under great economic pressure. 8.4 million Ugandan citizens are currently in poverty, according to the unfpa.org, . Through Spring into Action for Uganda, Sacred Heart hopes to alleviate a burden for those enrolled in Kalungu Girls Secondary School and St. Bernadette Primary School.
Correction:
A previous version of this article did not list Mrs. Michelle Smith’s, Middle School Service Coordinator contributions to the planning of this event. We apologize for the error.
– Elisabeth Hall, Staff Writer
Delete Image
Align Left
Align Center
Align Right
Align Left
Align Center
Delete Heading