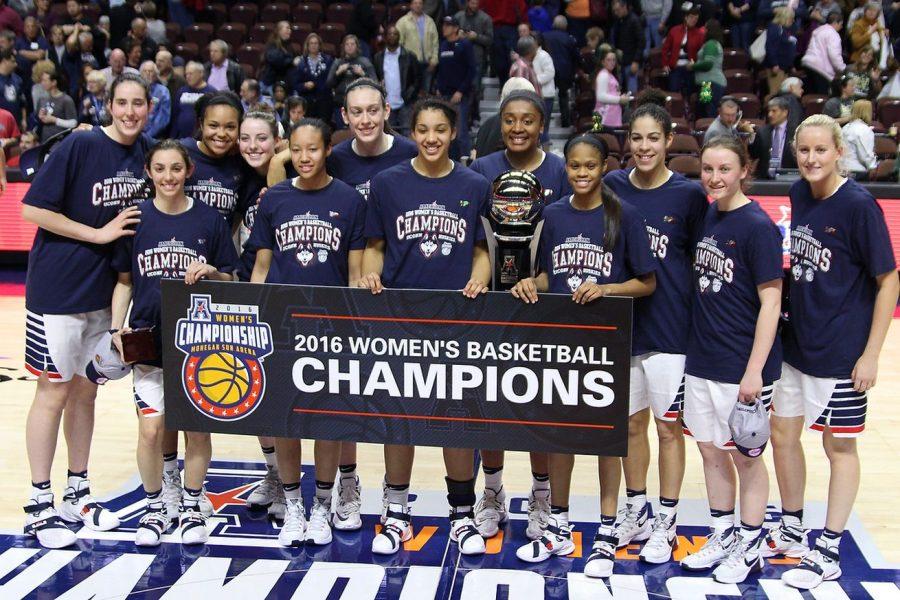 The University of Connecticut (UConn) Huskies won their fourth consecutive National Collegiate Athletic Association (NCAA) women’s national championship Tuesday, April 5, beating Syracuse University 82 to 51.
After finishing its sixth undefeated season with 38 wins and no losses, UConn beat Oregon State University 80 to 51 to advance to the NCAA championship game.
Their opponent, the Syracuse Orange, completed their season with 30 wins and eight loses. Sunday, April 3, Syracuse defeated seventh seed University of Washington 80 to 59 in the NCAA semifinals to earn a spot in the championship game.
In an interview with sports.yahoo.com, UConn head coach Mr. Geno Aureimma expressed the advice he gave his players going into the championship game Tuesday night.


”I don’t know what I can do to help them except keep reminding them all the time, ‘this is your spot, you’ve owned this spot for the last three years,”’ Mr. Auriemma said, according to sports.yahoo.com. ”Now there’s no guarantee you’re going to get it Tuesday night, but we’re not going in there Tuesday night hoping we win. Because these three (players) they’ve done more than that, it doesn’t mean we’re going to win, but I don’t have to help them with that mentality.”
The NCAA held the women’s national championship game at Bankers Life Fieldhouse in Indianapolis, Indiana at 8:30 p.m. eastern time (ET).
At the start of the first quarter, UConn was quick to get points on the board and held Syracuse scoreless for the first four minutes of the game. The Orange was down by 15 at the end of first quarter. At halftime UConn was outscoring Syracuse 38 to 23.
Syracuse made a 16-0 run in the third quarter, creating a cheerful response from their fans, but still trailed by 21 points going into the fourth. The final score was 82 to 51.
The NCAA named senior Breanna Stewart the Most Outstanding Player for the fourth consecutive year. She led the team with 24 points, six assists and ten rebounds.
Breanna spoke of her gratitude for winning the award and the NCAA championship four times in a row.
“When you feel the most satisfied, when you’ve done all that you can do. When you’re working this hard and performing at that level, there’s nothing else that can be asked of you. No matter, win or lose or anything, you’re putting it all out there. That’s what you want,” Breanna said, according to espn.go.com.
Convent of the Sacred Heart freshmen and varsity basketball team member Ryan Smith expressed her admiration for Breanna and the UConn team.
“Breanna is such an inspiration to me because she works so hard everyday to be the best in the country and win each championship. The whole UConn team does. Although they have won the championship four times now, they deserve to because of all the conditioning, practice, and dedication they put into being the best. It is going to be sad to see Breanna leave the team, but I am excited to see where her future career will go ,” Ryan said.
– Kristen Davis, Sports & Health Editor
Delete Image
Align Left
Align Center
Align Right
Align Left
Align Center
Delete Heading