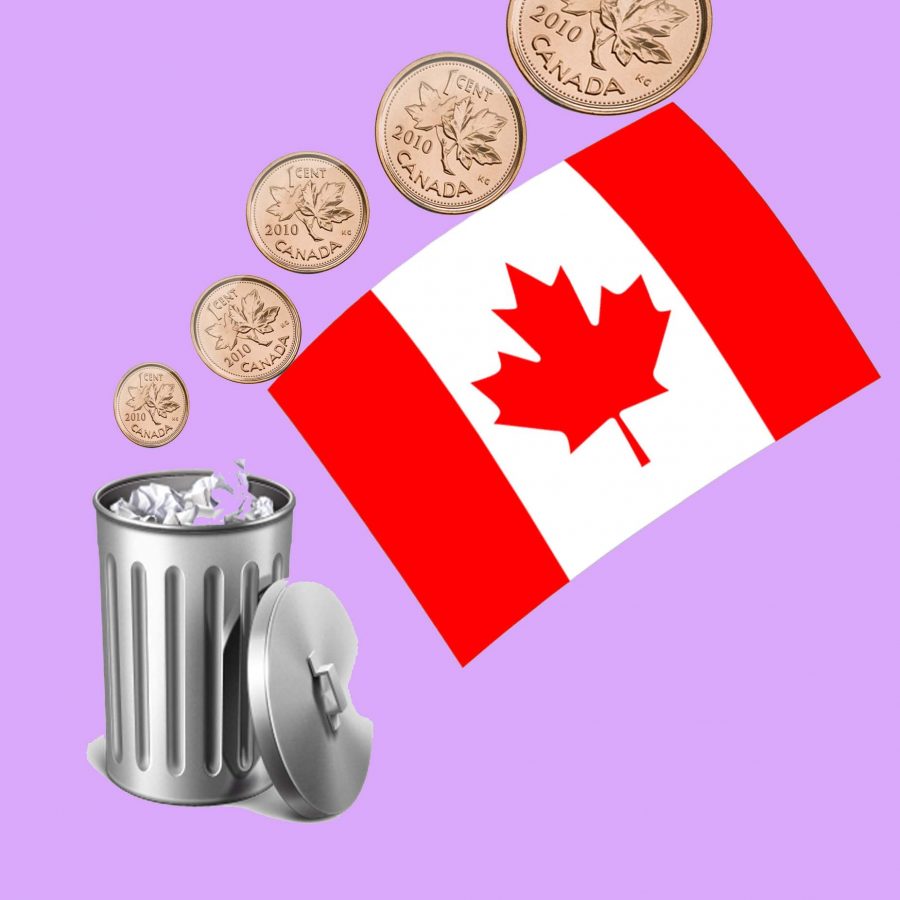 
662 million pennies are slowly becoming useless. March of 2012, Canada made the decision to relinquish its use of the penny. This decision was made for economic and environmental reasons and has had a positive outcome so far.
Each penny costs 1.6 cents to make, so by ceasing to create them, Canada will be saving about 11 million dollars per year, according to cnn.com. The environmental impact will be significant as well, as terminating production will lower energy usage and will require less use of base metals. Existing pennies will be recycled and reused for a variety of different products, according to the Government of Canada’s official announcement.
Canada’s Mint stopped producing and distributing the penny February 4. Stores will still accept them, but if a customer does not have a penny, the cost of a product will be rounded up or down to the nearest five cents. Pennies received by businesses will be sent to the Mint to be melted down until eventually, pennies are no longer in circulation.
Canadians can make a positive impact by donating leftover pennies to charity. From the week of February 4 to February 9, the Royal Bank of Canada was accepting pennies to donate to the Free the Children foundation. According to huffingtonpost.com, every $25 worth of pennies given to Free the Children provides a life-long supply of water for someone in need.
“I think that while the penny is an iconic symbol, it would be much more economically efficient to phase it out slowly the way Canada did,” Convent of the Sacred Heart senior Alex Jordan said. “I admire their choice.We lose money making pennies and I don’t think we can afford to lose any more money.”
Canada is not alone in its eschewing of the penny. New Zealand, Australia, the United Kingdom, Brazil, Sweden and many other countries have banned their one-cent coins as well. All countries agree that eliminating the penny have not caused inflation, according to cnn.com.
Despite the advantages, it appears that the United States will not be giving up the penny any time soon. Americans for Common Cents is a widespread group of people who rally in favor of keeping the penny. In a recent poll published on their website, Pennies.org, 67 percent of adults voted for keeping the penny in circulation.
“I don’t think the United States should get rid of the penny.  Doing so would require that all items round up or down to the nearest five cents.  I would be concerned that businesses, recognizing this, would raise prices to fit this new paradigm, de facto raising prices,” Upper School AP Microeconomics teacher Mrs. Kerry Bader said. “This may not seem like much, but many people in our society are living at the economic margin.  Incremental raises in price would impact those in or near poverty to a greater extent than others.”