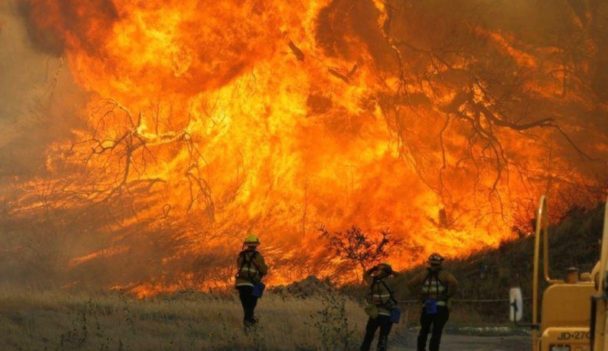 As the recent California wildfires continue to leave behind a trail of destruction, officials begin to gather information regarding the extent of the damage the fires have caused. These investigators estimate that there will be long-term effects from the flames, possibly impacting California for years to come. As cleanup initiatives begin, 1,000 firefighters continue to fight the flames throughout the state, according to calfire.ca.gov.


At the height of the wildfire crisis, 21 major and 250 smaller wildfires occurred simultaneously. This made it difficult for only 11,000 first responders to extinguish the flames. The wildfires burned through a total of 245,000 acres. This amount of land is approximately 17 times the size of Manhattan.
The death toll from the wildfires has currently reached 43 people, and the fires forced 100,000 individuals to evacuate regions where the danger was most prevalent, according to calfire.ca.gov. These included areas in California such as Sonoma Country, Napa city, Calistoga, Geyserville, and more, according to latimes.com. The evacuees left behind their houses and possessions in an effort to save their lives.
Today, the wildfires are less widespread than when the outbreak first began October 8. Estimation shows there are still five active wildfires in the state of California. Firefighters continue to extinguish hot spots and carry out fire suppression repair work, according to calfire.ca.gov.
The state is preparing for a massive cleanup effort as the fires wind down. The Department of Forestry and Fire Protection stated that the wildfires burned down and completely destroyed 8,900 structures, according to calfire.ca.gov.

Government officials are warning residents about the health risks that they could potentially be exposed to, as families who live in the affected areas begin returning to their homes and cleaning up debris. These risks are a result of the ash and leftover waste from the wildfires.
Until professional hazardous waste cleanup services are arranged, local officials asked residents to avoid clearing debris. Additionally, they recommend that residents use air-purifying face masks while coming in contact with ash and dust. Multiple counties in California, including Napa County, declared a local health emergency as a result of the hazardous rubble left behind by the wildfires, according to CNN.
Upper School Science teacher Ms. Amy Dillane commented on the wildfire crisis. She hopes that from such a destructive event, positive change can occur through learning more about the causes and effects of wildfires.
“I agree with climate scientists that strong winds, high temperatures, and rainfall all contributed to the destructive California wildfires, but remain hopeful that positive change can be initiated from these types of events,” Ms. Dillane said.

While complete restoration of the affected areas will take years to carry out, many Californians are looking to the future with the hope of rebuilding their lives.
In an interview with CNN, regional administrator with the California Governor’s Office of Emergency Services Mr. Eric Lamoureux discussed the state’s objectives in its recovery effort.
“Our goal that we’re pushing hard on in terms of mobilizing crews is to have that work completed by early 2018, so come springtime you can begin the process of rebuilding and recovering,” Mr. Lamoureux said.
– Katherine Santoro, Staff Writer
Delete Image
Align Left
Align Center
Align Right
Align Left
Align Center
Delete Heading