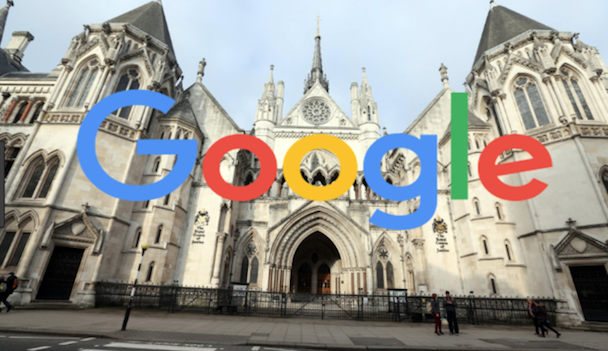 A group called Google You Owe Us is filing a class action lawsuit against Google, claiming the company illegally collected information from 5.4 million United Kingdom (UK) iPhone users from June 2011 to February 2012. Google was able to access this personal information by evading the privacy settings on the iPhone’s Safari browser. This case will go to trial this spring in the High Court of Justice, according to theguardian.com.
Google You Owe Us consists mostly of victims of this security breach. The director of the group is Mr. Richard Lloyd, the previous director of the consumer advocacy company Which?, according to theverge.com. Mishcon de Reya is a law firm based in New York City which specializes in large-scale litigation and it is advising Google You Owe Us, according to theguardian.com. Google You Owe Us is primarily seeking reimbursement because it claims that Google has broken Section 4 of the Data Protection Act 1998, according to telegraph.co.uk.


In the United States, the United States Federal Trade Commission (FTC) reviewed a similar case in 2012. After the review, Google agreed to pay $22.5 million dollars, or £16.8 million pounds, to consumers. At the time, it was one of the highest fines that the FTC administered. Now, the afflicted UK users expect the same justice, according to bbc.com.
Through the class action lawsuit, Mr. Lloyd hopes to secure compensation for all of the victims of Google’s invasion. Mr. Lloyd believes that all of the affected users could have the opportunity receive up to £500 pounds each for the breach, totaling a £2.7-billion-pound compensation fee. Scammed users will not have to pay legal fees or consult lawyers, as “You Owe Us” will automatically include them in the lawsuit, unless they request otherwise, according to telegraph.co.uk.
“I believe that what Google did was simply against the law. Their actions have affected millions, and we’ll be asking the courts to remedy this major breach of trust, ” Mr. Lloyd said in an interview with The Guardian. “Through this action, we will send a strong message to Google and other tech giants in Silicon Valley that we’re not afraid to fight back if our laws are broken.”
Google was able to access users’ information through cookies, small pieces of computer text that generate advertisements that appeal to the software user. To gather the data, Google placed ad-tracking cookies within the Safari application, which was originally set to block any cookies, according to bbc.com.

In response to the accusations, Google claims that the company did not use cookies to collect private user information, but instead the programs served as part of the company’s failed Google+ initiative. Through tracking a user’s internet browser history and collecting as much information on the user as possible, Google is able to sell services and recommend products better suited for the specific user. Google is willing to defend themselves during the trial, stating that they did not violate any laws, according to theverge.com.
According to an interview with The New York Times, Google spokesman Mr. Patrick Lenihan said, “[Google has] strong privacy protections in place for [their] users” and that it continues “to operate in a highly competitive and dynamic environment.”
Mr. Karl Haeseler, Director of Educational Technology and Upper School Computer Teacher and Co-Director of SophieConnect, discusses the importance of maintaining privacy rights while still receiving the high-standard of services.
“I think it is important to insist on informed consent when it comes to data collection and sharing of private information,” Mr. Haeseler said. “Users should be able to opt out of data collection and sharing practices easily, without limiting or undermining the level of service they receive from Google.”
– Elisabeth Hall, Managing Editor
Delete Image
Align Left
Align Center
Align Right
Align Left
Align Center
Delete Heading