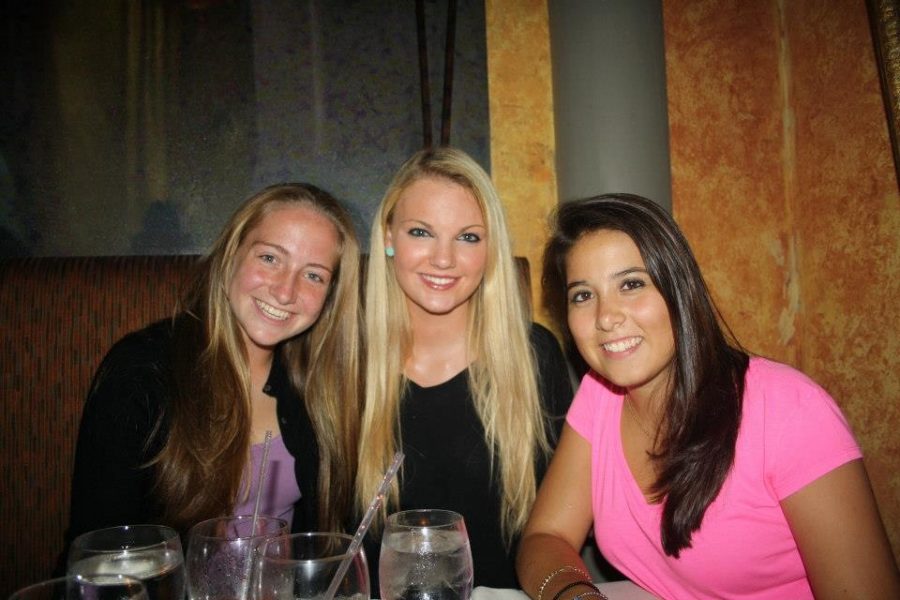 Cristina Kasis, a 19 year-old from San Luis Potosi, Mexico, made a life-changing decision last year, choosing to defer going to college in order to study at Convent of the Sacred Heart Greenwich. The motivation behind her choice was to learn English, to experience the American culture and people, and learn to live on her own.

“I came to America not knowing any English,” Cristina said. “It was extremely difficult and scary, but I learned it by never being silent and always trying to speak in English.”

“The classes here are more intense, while in Mexico it is more relaxed,” Cristina said.

Sagrado Corazon also does not celebrate beloved traditions such as Congé and the Father Daughter Dinner Dance, both of which Cristina enjoyed experiencing this year at Sacred Heart Greenwich.

The American culture is also very different than what Cristina knew in Mexico. She was delighted about how friendly and nice Americans were to her during her time in the U.S., and she also came to love bagels, something that she does not have in Mexico. However, she really disliked the size of the meals, since in Mexico the biggest meal is breakfast and dinner is more like a snack.

Living in America for the whole school year, Cristina has stayed in six different homes. She started her journey living with senior Taylor Blevin for the months of September, October, and November, moving in with RSCJs for December.

In January, she stayed with senior Catherine Considine and freshman Elizabeth Considine, who showed her the Sacred Heart school on 91st street in New York City.

Cristina moved in with senior Jackie Batrus for the month of February until she had the opportunity to travel with the Madrigals to London for the first week of spring break.

“It was exciting to see all the touristy places in London and form relationships with the underclassmen in Madrigals,” Cristina said. “It was also very funny to hear the British accents, but they were very hard to understand.”

After London, Cristina stayed with Ms. Wilson and family, moved in with senior Emily Molinelli for April, and has returned living with Jackie Batrus for the month of May.

Even though Cristina will leave the Sacred Heart Greenwich community the second week of June to return to Mexico, she has a lot to look forward to. She will start college in August at Minerva, a university located in Mexico, and plans to study child psychology due to her love for children.

Cristina says that this experience has changed her. She will go back to Mexico speaking fluent English, with a respect for the Sacred Heart Greenwich community, and lifelong friends.