Dr. Seuss’ "How the Grinch Stole Christmas!" (1966) is the perfect film for every Christmas season 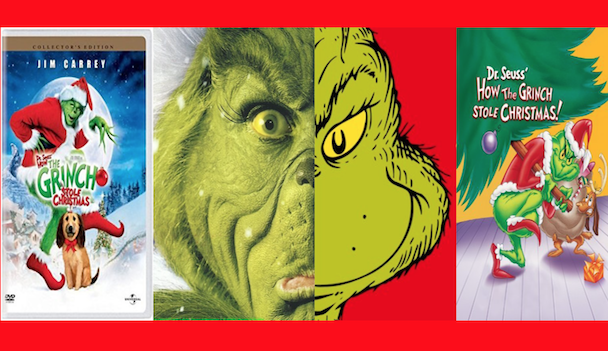 Dr. Seuss’ How the Grinch Stole Christmas! is an original short film special that airs on television every Christmas season, beginning with its debut December 18, 1966, according to entertainment.time.com.  In 2000, director Mr. Ron Howard adapted this classic short film into a full-length, live-action movie featuring actors such as Mr. Jim Carrey and Ms. Taylor Momsen.  However, the hour and 50-minute “real” movie does not compare to the short and sweet 26-minute classic.  The original film is the only version that fully encapsulates the style of Dr. Seuss, in every aspect from the score to the animations.

Dr. Seuss co-produced the 1966 special with Academy Award-winning American animator Mr. Chuck Jones, ensuring it remained true to his vision from the story, according to slate.com.  Mr. Boris Karloff is the narrator.  His full and deep voice brings the movie and the Grinch to life, unlike the forced, dramatic voices of the human characters in Mr. Howard’s movie, which sound unnaturally animated.

As in all movies, the film score plays a critical role in accompanying and adding depth to the visuals.  The soundtrack of the original short film is heartwarming.  Composer Mr. Albert Hague orchestrated the instruments to perfectly set the pace and tone of each scene, according to openculture.com.  In comparison, the soundtrack of the live-action movie is frantic and modernized, featuring artists like Busta Rhymes, *NSYNC, and Smash Mouth.

“Director Ron Howard usually lets his comedies gestate organically, but his Grinch is frantic from start to finish,” Time Magazine author Mr. Richard Corliss wrote in a review, according to entertainment.time.com.

Visually, it is difficult to take a fictional children’s storybook and bring it to life while maintaining its descriptive qualities.  Yet, Mr. Jones brought Dr. Seuss’ children’s book to screens with justice.  Only in the animated version can Mr. Jones depict the Grinch slithering like a snake around the Who’s Christmas tree with a devilish grin on his face or capture the personification of the Grinch’s dog Max with his exhausted, noncompliant expressions.  Mr. Carrey as the Grinch and a live dog as Max are both incapable of meeting the narrations that Dr. Seuss’ original How the Grinch Stole Christmas! describes.

“Five-year-olds might go for it, but people who grew up with Jones’ version will be looking at their watches and grinding their teeth,” Mr. David Edelstein, a reporter for Slate Magazine said, according to rottentomatoes.com.

“One of the holiday’s season’s most beloved tropes is the curmudgeon who discovers the “true” meaning of the holiday spirit and has a change of heart,” Ms. Jamie Righetti said in a review for indiewire.com.  “The story might be familiar, but watching The Grinch tiptoe around to “You’re a Mean One, Mr. Grinch” always brings a surge of fuzzy nostalgia every Christmas season that never seems to get old.”

It is most worthwhile to take the time to watch Mr. Jones’ original film.  It should not take one hour and 50 minutes to portray the heartfelt message Dr. Seuss intended for the story to hold.  Rather, the square-screened, semi-static original does the job, making for a truly timeless film.  While the 1966 original does not feature elaborate costumes, sets, and makeup, its simplicity does the story the greatest justice.