Start the New Year by decreasing procrastination and promoting productivity. 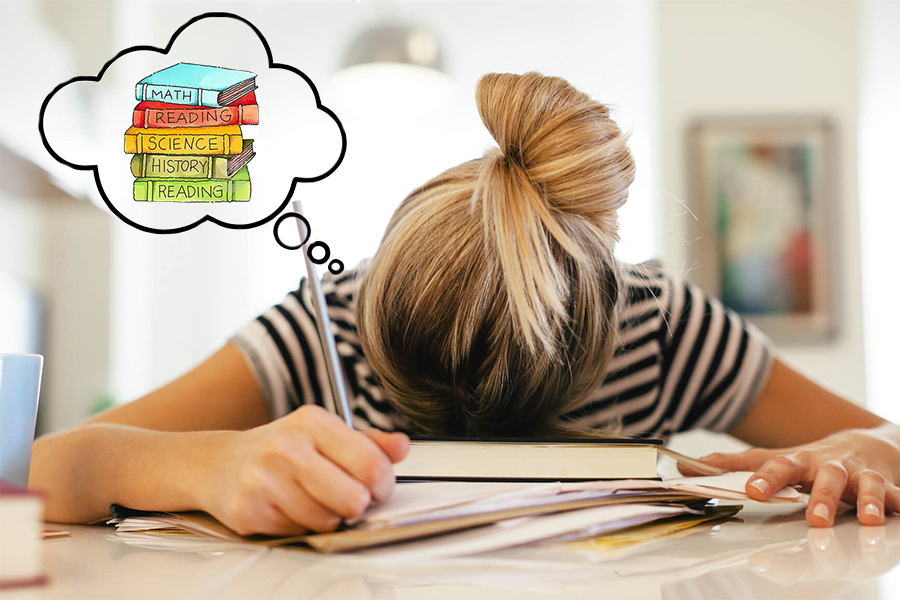 Procrastination impacts the well-being of countless individuals and affects both professional and personal lives.  Psychologists are searching for new strategies, including phone applications (apps) and behavioral therapy, to diminish procrastination and promote productivity, according to The Wall Street Journal.

A procrastinator, someone who puts off work or commitments despite negative consequences, experiences intense stress on a regular basis.  Procrastination is also linked to mental health problems, such as anxiety and depression, according to The New York Times.

There are two types of procrastinators, according to Ms. Archana Murthy, TEDx speaker.  A situational procrastinator’s behavior depends on a specific task, however, a chronic procrastinator has trouble finishing any difficult undertaking.

Dr. Lisa Schwartz, Sacred Heart Greenwich School Psychologist, recognizes that though the effects of procrastination are not always negative, it is prevalent in today’s students and largely the result of digital distractions.

“It is [also] particularly challenging for students to focus on one thing at a time these days due to the distractions of electronics and constant social media,” Dr. Schwartz said.

Faults like laziness or poor time management do not cause procrastination.  The postponement of work is a way to deal with negative emotions such as boredom, anxiety, frustration, or self-doubt, according to The New York Times.  A procrastinator is more focused on the immediate, if temporary, relief of these feelings than finishing the task at hand.  For chronic procrastinators, this coping mechanism becomes a cycle and can lead to long-term unhappiness and regret, warns Mr. Tim Urban, blogger and 2016 TED speaker, according to ted.com.

“From research on this topic, I’ve found that procrastination is not a time management issue,” Mrs. Butler said.  “Procrastination can’t be fixed by setting up a schedule, it’s really more of an emotional issue that stems the instinct to avoid things that are unpleasant.  In today’s society, continually putting off one’s responsibilities can lead to negative consequences.”

Psychologist Dr. Alexander Rozental has also developed a procrastination treatment method that focuses on shifting the mental processes that encourage procrastination, according to The Wall Street Journal.  The first step of this regimen is to make clear goals to complete in a designated time frame.  Long-term goals should be split into smaller “subgoals,” as motivation tends to decrease over time.

Another piece of Dr. Rozental’s advice is to simply begin a task, according to The Wall Street Journal.  By starting a challenge, one overcomes distraction and avoidance, which often leads to procrastination.  This method discourages the common wish for the sudden motivation to start a project, which can result in last-minute work.

The next step is to eliminate all possible distractions before commencing a task, according to The Wall Street Journal.  Studies show that students who do homework while multitasking take longer to complete assignments, retain less information, and may receive lower test scores, according to beyondbooksmart.com.

Dr. Schwartz offered additional suggestions for students who are struggling to focus on homework tasks.

“The best ways to cope are to minimize distractions, silence phones, and check them once per hour, and make a concrete plan to follow,” Dr. Schwartz said.  “The plan needs to be attainable and reasonable and include small goals to accomplish over time.  It is also a good idea for students to change their environment and reward themselves as they accomplish goals.”

Dr. Rozental proposes an assessment of values.  The identification of core values allows an understanding of the conjunction between deferred work and bigger life aspirations, according to time.com.  Dr. Rozental believes this gives people the ability to recognize the purpose of tedious tasks, according to The Wall Street Journal.

Another solution to procrastination is learning how to handle negative emotions, according to The New York Times.  In order to find the motivation to begin assignments, students must learn to process stress in a positive way, according to Ms. Murthy, in the TED talk “An End to Procrastination.”

“Self-forgiveness for previous procrastination is definitely important, the inability to get past those prior instances creates a negative spiral,” Mrs. Butler said.  “Students need to make a commitment to do better in the future. Examining oneself, and figuring out the personal origins of procrastination is a necessary first step.”