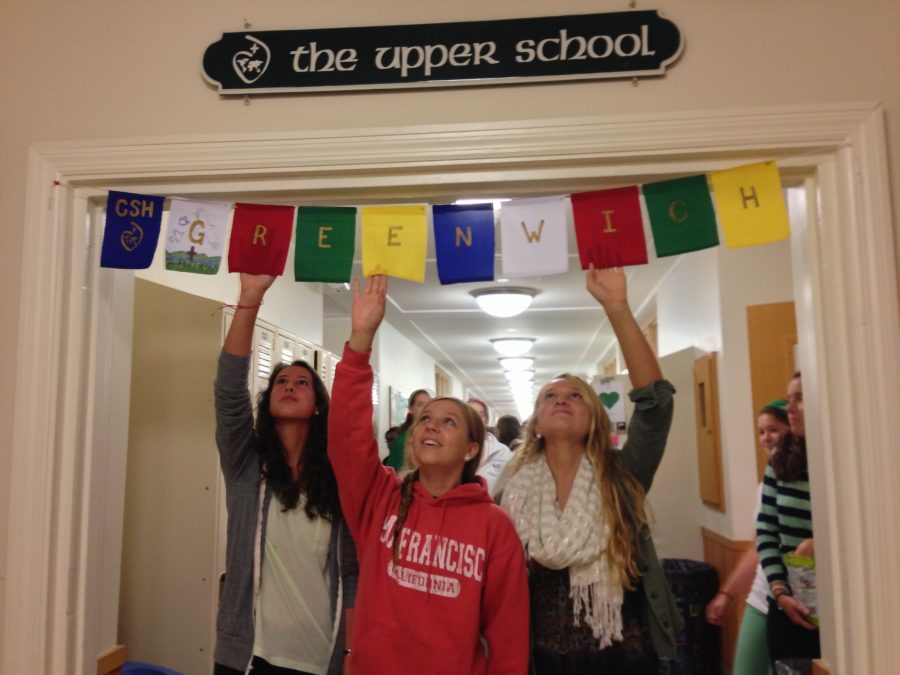 Sophomores Corina Gonzalez, Riley Doyle and Lilly Morriss reach to touch the flags and say a prayer as they walk through the Upper School hallway. Courtesy of Mrs. Lori Wilson

Sacred Heart has created ten flags, one for each constituency in the school. There is one flag for Upper School students, Middle School students, Lower School students, parents, alumnae, trustees, Religious of the Sacred Heart, faculty, staff and administration.
“I love this prayer flag project because Janet Erskine Stuart knew a lot about girl’s education and was a global traveler and this project is helping us connect with other Sacred Heart schools in our network,” Mrs. Lori Wilson, Director of Campus Ministry, Upper School Community Service and Summer Enrichment said.

After the prayer service, the flags will travel to 22 schools of the United States Sacred Heart network. Convent of the Sacred Heart, Greenwich will receive another school’s flags in November and will display them during Advent.