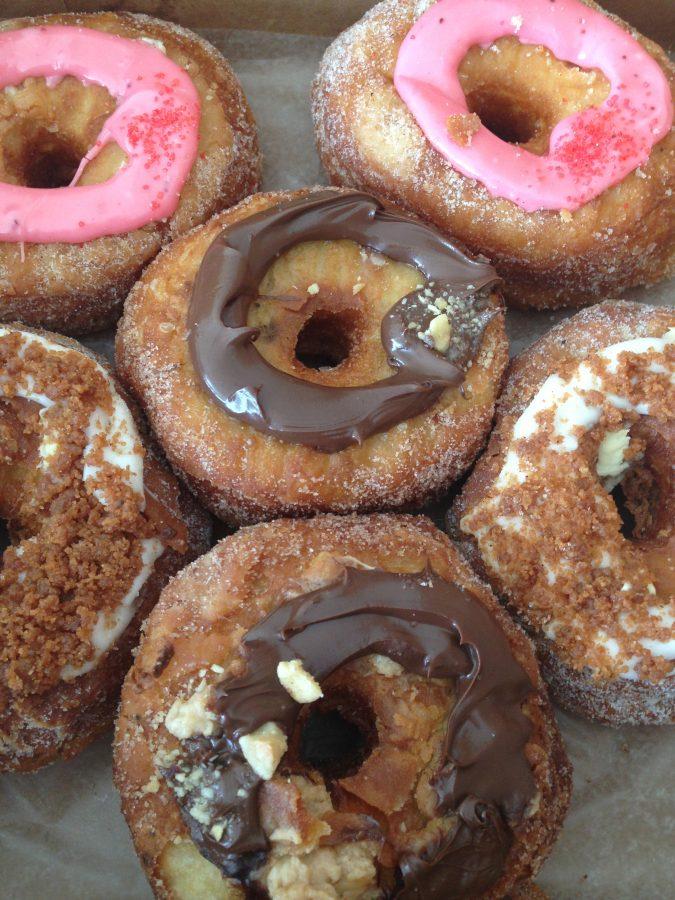 There are many other bakeries that are selling the prized dessert, including Enrico's in Hartsdale, New York. There are over eight variations sold at the bakery. Julia Perry '15


Doughnut? Croissant? Well actually both. The original “Cronut,” trademarked by Dominique Ansel, has been receiving a lot of press, with lines as long as two hours for his prized dessert. This famed dessert  is sold at his New York bakery in SoHo, named “Dominique Ansel Bakery.” The legendary “Cronut” was brought to the world May 10 and has since gained a lot of popularity.
“I really hope I get to try one soon, they sound really good,” junior Katherine Hill said.
According to policymic.com, Ansel has put a limit on the amount of treats a customer can buy to ensure that he will not run out of his specialty dessert.
“I think because there’s a cultural reference to American people with the doughnut and the croissant. Everybody knows what a croissant is, everybody knows what a doughnut is. But something that looks and tastes like both at the same time is something they’ve never seen before,” Dominique Ansel, “Cronut” creator said, according to eater.com

If a long line does not sound appealing, many bakeries their own renditions of the hybrid dessert  under very thoughtful names, including, “Crognets,” “Doissants,” “Crumbnuts,” and many more, according to policymic.com.

“I find it really interesting how obsessed people have become with this dessert because I would definitely not wait on a two hour line for it,” junior Gissele Alzate said.
If the doughnut-croissants sell out or lose their popularity, Dominique Ansel recently debuted a new dessert called the “magical soufflé.”  Ansel calls this the  “never collapsing soufflé,” according to New York Daily News.

“Hopefully the lines get a little bit shorter, because I want to try the soufflé and the Cronut,” sophomore Isabella Caponiti said.
– Julia Perry, Arts and Entertainment Editor