World Language Week: Awareness and action with the Arabic Club 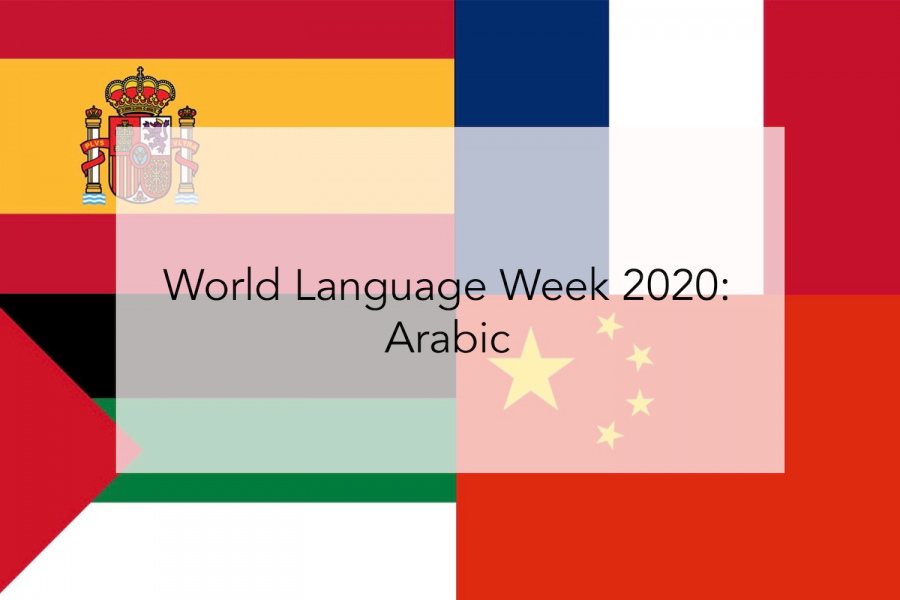 For this year’s World Language Week, Sacred Heart Greenwich students from the Chinese, Spanish, French, and Arabic classes contributed an article in the language that they study.

For this year’s World Language Week, Sacred Heart Greenwich students from the Chinese, Spanish, French, and Arabic classes contributed an article in the language that they study.  Junior Peyton Steinthal, Arabic III Honors student, and Mrs. Souad Malih, Upper School Arabic and French Teacher, wrote this article about Peyton’s club, the Arabic Club, and its collaboration with other schools in the Greenwich area to help immigrants, specifically from the Middle East. 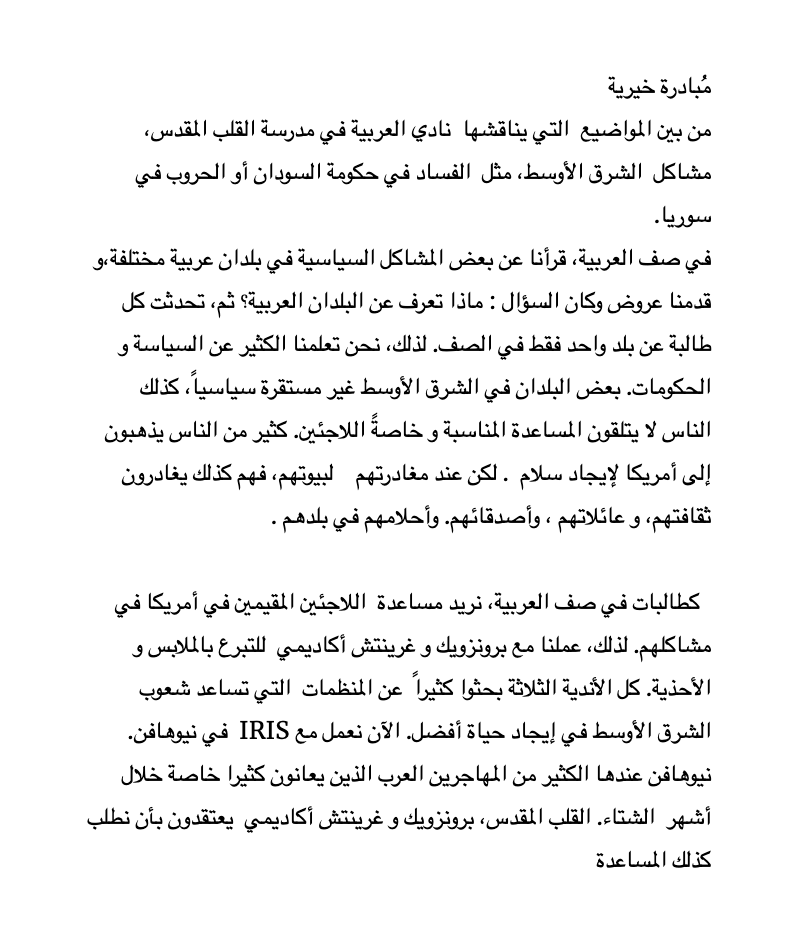 The Sacred Heart Greenwich Arabic Club focuses on the conflicts in the Middle East, including corruption in Sudan’s government or wars in Syrian.  In Arabic class, we learned about the political issues of every Arab country.  We made a presentation and the question was: what do you know about Arab countries?  Then, every girl talked about only one country to the class.  Because of this, we all learned a lot more about each country’s politics and the governments.

Many countries in the Middle East are politically unstable, so the people are not receiving the proper help.  Many people leave their countries and come to the United States to find peace and freedom, but, they have to leave their houses, culture, and, sometimes, family.  As Arabic students, we want to help these immigrants with their problems.

So, we worked with Brunswick School and Greenwich Academy to donate clothes and shoes.  All three clubs researched many organizations that help Middle Eastern people during their struggles in life.  Recently, we worked with IRIS, Integrated Refugee and Immigrant Services, from New Haven.  The population of New Haven has a lot of Arab immigrants who suffer during the months of winter.  Sacred Heart, Brunswick, and Greenwich Academy think that we should unite Greenwich to help many more people.

The King Street Chronicle thanks junior Peyton Steinthal ’21 and Mrs. Souad Malih for their contributions.