Matilda empowers students to write their own story 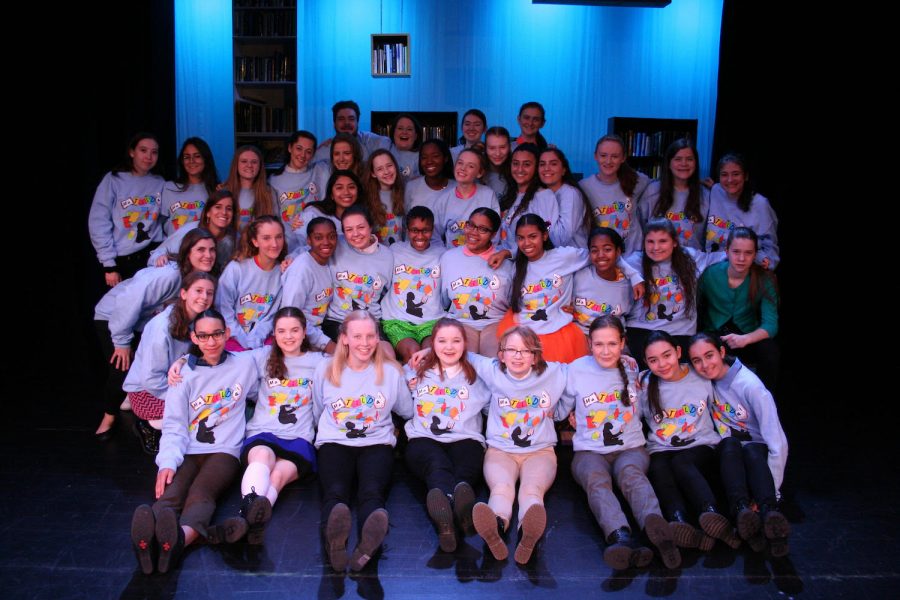 The cast of Matilda The Musical prepared for three months for their performances March 7 and 8.

Zada enjoyed acting as Matilda and described her experience in the last performance of her high school theatre career.

“Playing Matilda was one of the greatest experiences of my high school career, and I could not have asked for a better way to end my upper school theatre journey,” Zada said.  “No matter how I was feeling after school, going to rehearsal and working on such a fun, energetic, and heartfelt show was always the highlight of my day.”

Zada’s favorite part about playing Matilda was how her character encouraged the audience, especially young girls, to be positive and courageous during difficult situations.

“She’s incredibly brave, thoughtful, and she has a quiet power about her that she uses to bring justice to the world,” Zada said.  “She is everything that I could aspire to be as a young woman, and you have no idea how much of an honor it was to embody someone who is so incredible and inspiring.  It almost makes you feel like you are a superhero, too.”

The cast’s preparation for the production started in December, when they auditioned, read through the script, and began character development.  During the cast’s first rehearsals together, they began reciting the musical numbers, as well as blocking and choreographing the large group numbers.  After this, they prepared individual scenes and songs in smaller groups.  The cast met six days a week to rehearse for the winter production.

“Something about Matilda’s journey and her attitude really struck a chord with me when I was thinking about my students,” Miss Gorman said.  “She is this brilliant young woman who experiences injustice and knows that she has to put it right.  I see that every day.  I think of all of my students as Matildas, so this felt like the perfect choice for a musical.”

“It takes a huge amount of courage to get up and perform confidently, and this very often starts with knowing that your cast and production team have your back,” Miss Gorman said.  “My favorite part of working on a production is watching the students support and encourage one another.  We always try to keep our community at the forefront of our minds when preparing for a show, approaching everyone in the cast and crew with patience and kindness no matter what.”

For seniors Rachael Ali, Caroline Baranello, Zada Brown, Caitlyn Mitchell, Isabella Quinson, Jenna Washington, and Cassidy Willie-Lawes, Matilda The Musical was their last high school theatre production.  During her high school career, Caroline has participated in every Sacred Heart production.  She expressed her appreciation for the welcoming and supportive community within the theatre department.

“I have been a part of the theater program at Sacred Heart since I started here in freshman year,” Caroline said.  “This experience has given me wonderful memories and close bonds with the students who join the theater department.  I could never have imagined finding a family full of wonderfully talented and amazing people.”

Jenna hopes that students interested in the performing arts will participate in Sacred Heart’s theatrical productions.

“I hope you are able to fall in love with theater and the arts as much, if not more than I have,” Jenna said.  “Do your very best every single day, and remember to support your peers because you will learn to love the theater family as your own. Be passionate about whatever you do, and remember to make big choices.”