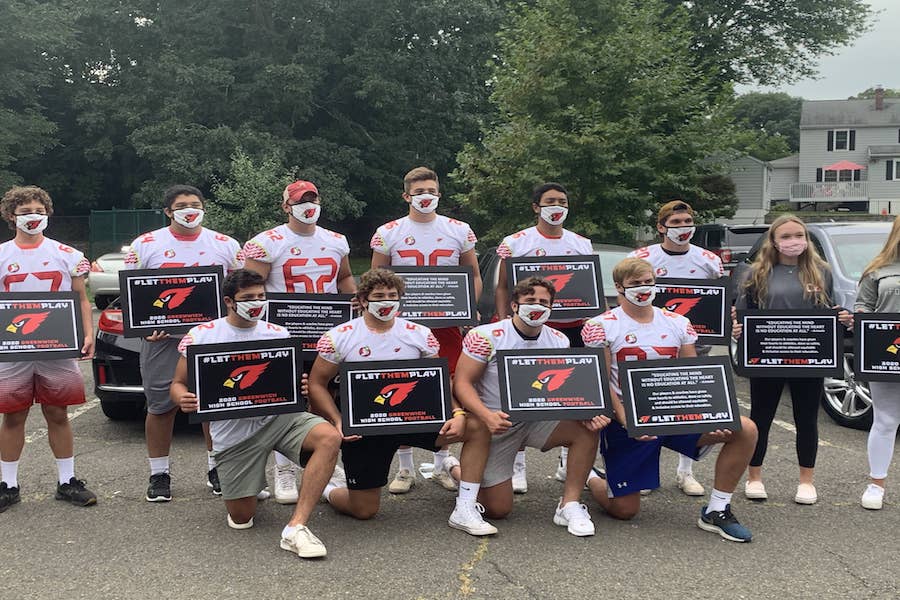 Due to the coronavirus pandemic, the Connecticut Department of Health (DPH) prohibited 11-on-11 contact football for the fall season September 3.  Mr. Ned Lamont, Governor of Connecticut, called a meeting between the officials at the DPH and the Connecticut Interscholastic Athletic Conference (CIAC) to hear the association’s case for fall football.  Governor Lamont sees spring football as a possibility for the future.

Governor Lamont stated that the decision to continue football this year would depend on the ruling of the CIAC, according to gametimect.com.  The CIAC announced it would cancel football this season, based on the DPH’s assessment of high-risk contact during the pandemic.

The CIAC has made no further decisions on whether to postpone football to the spring, but it is taking into account many factors, such as the changing circumstances with COVID-19, facility scheduling, and public health strategies, according to courant.com.  Mr. Glenn Lungarini, CIAC Executive Director, believes that moving football to the spring could impact multi-sport athletes and could possibly lead to overuse injuries.

The Greenwich High School football team, along with that of 40 other Connecticut schools, went to the State Capitol September 9 to protest the cancellation of their fall football season, according to gametimect.com.

Greenwich High School senior James Rinello is the co-captain of the varsity football team and has been playing on the team since his sophomore year.  Due to new restrictions, James will be unable to lead his team on the field this fall.

“It is disappointing that our senior football season got cancelled,” James said.  “Everyone has been excited to play during our senior year.  This is my captain season so it’s frustrating I cannot be leading my teammates on the field.”

Greenwich High School has utilized its outdoor space to offer seasonal training in the hopes of a spring season.  Greenwich High School senior Lucas Christensen, who is also a member of the varsity football team, and his teammates continue to practice while following Connecticut’s coronavirus protocols.

“We are still operating at the moment,” Lucas said.  “We are trying to have an outside club football team.  But as of right now it’s 7-on-7 with a hope of a potential spring season.”

“It would be amazing if the boys could have a spring season,” Mrs. Christensen said.  “It’s their senior year, it should be the most exciting time for them.”