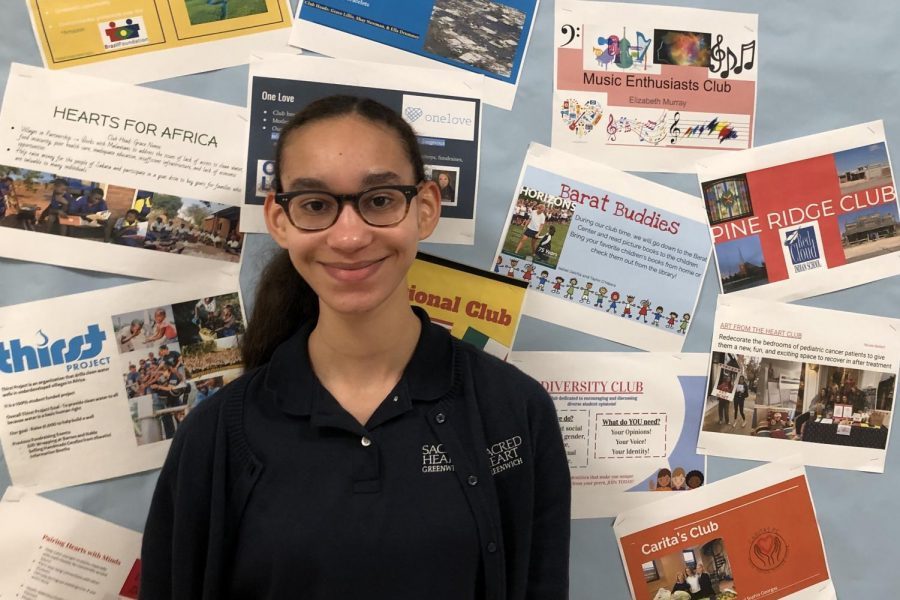 As the student leader of the Science Olympiad Team, Angélique Wheeler ’22, looks to share her passion for science with the Upper School. Leah Allen ’22

In creating this club, Angélique hopes to encourage Sacred Heart Greenwich students to develop an interest and passion for science and inspire them to pursue careers in science, technology, engineering or mathematics (STEM) fields.

“We’re trying to get more students involved in science and more people involved in STEM because a lot of girls don’t see it as an interesting subject, and as a result women are underrepresented in STEM fields,” Angélique said.

Students who are a part of the Science Olympiad Team are able to work on a team and develop an appreciation for science topics not covered in the classroom.

“By being a part of Science Olympiad, students can realize that science is more interesting than what they might have originally believed,” Angélique said.