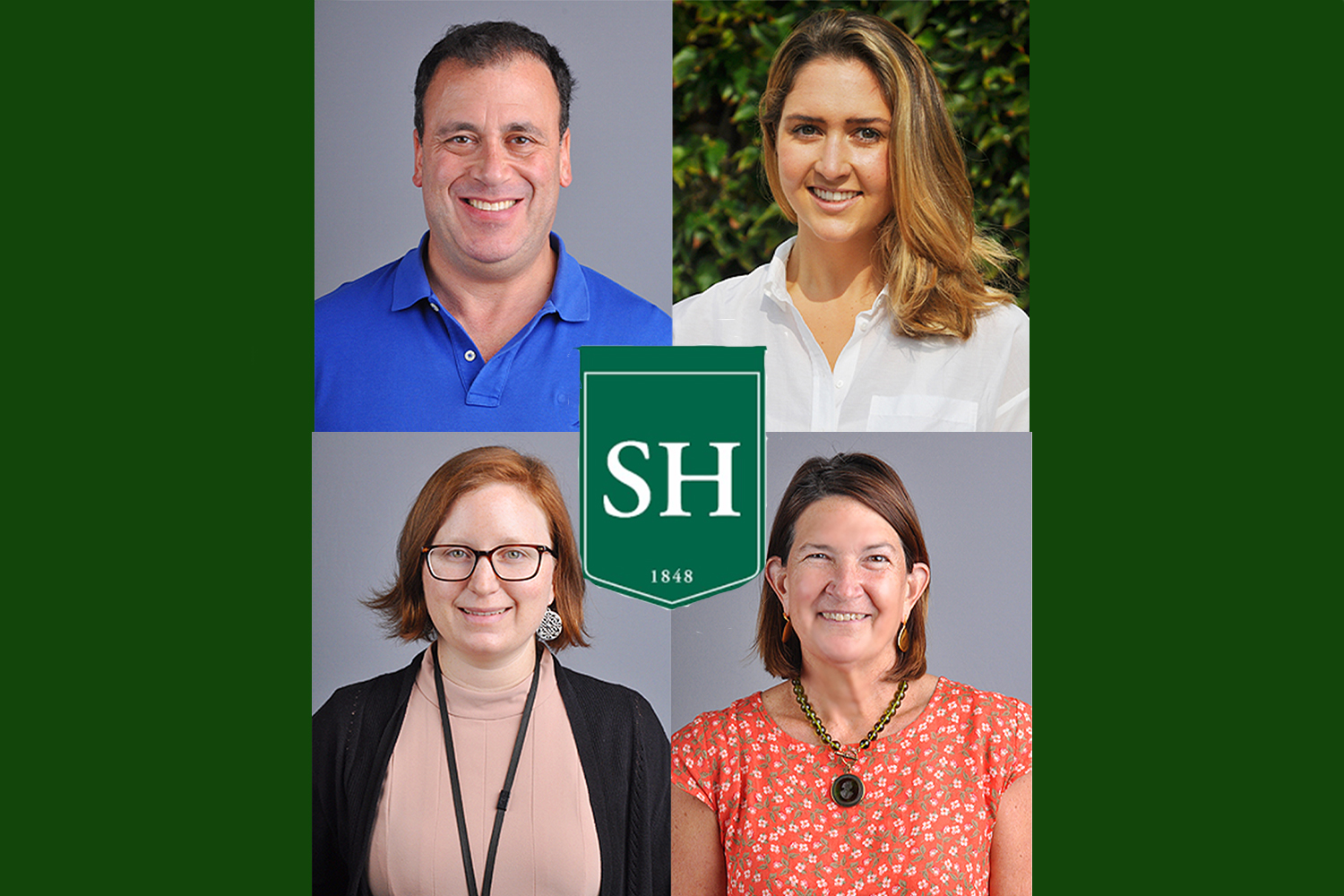 Ms. Agatha Ryan, a Sacred Heart alumna, returns to King Street as the Broadcast Journalism Assistant.  During her time as a student, Ms. Ryan was an involved member of the Broadcast Journalism program.  She co-hosted the seventh annual Sacred Heart Film Festival as a senior and won the first place Documentary prize at the Greenwich Youth Film Festival in 2015.  After graduating in 2016, she continued her studies at Southern Methodist University and graduated this past May with a Bachelor of Fine Arts Degree in Film and Media Arts.  Ms. Ryan expressed her excitement in returning to Sacred Heart as a teacher.

“As a Sacred Heart alum, I always knew I could come back and feel like the school is home,” Ms. Ryan said.  “Since it wasn’t too long ago that I was sitting in their seats, I am most excited to see the range of creativity in both the classes I will be teaching this fall.”

In addition to her position as the new Head of School, Mrs. Margaret Frazier also assumes the role of Head of the Upper School this year.  Mrs. Frazier holds a Bachelor of Arts Degree from Dartmouth College and a certificate from the Harvard Kennedy School at Harvard University.  Before coming to Sacred Heart, Mrs. Frazier spent two years as Headmistress at Marymount International School London, an all-girls independent Catholic school in London, England, and 15 years teaching at Georgetown Preparatory School in North Bethesda, Maryland.  She also served for two years as Head of Upper School at Stone Ridge School of the Sacred Heart, a Sacred Heart network school in Bethesda, Maryland, according to shgreenwich.org.

Ms. Joan Fei enters the Upper School Science Department as the new Science Research Teacher.  She obtained her Bachelor’s and Master’s Degrees from King’s College in London, and her Master’s Degree in Education from Vanderbilt University.  Prior to joining Sacred Heart, Ms. Fei taught at The Leffell School in Hartsdale, New York.  She hopes to help students strengthen their appreciation for the sciences.

The Upper School community also welcomes Mr. Mark Kronenberg to the Math Department this year as a Geometry and Precalculus teacher.  Previously, Mr. Kronenberg worked as a teacher at The Kew-Forest School in Queens, New York and most recently at Léman Manhattan Preparatory School in New York City, New York.  Mr. Kronenberg’s main goal for this school year is to help his students to develop the math skills that they need to succeed.  He noted his admiration for the school community and what drew him to Sacred Heart initially.

“I noticed during my interview [and] demo lesson that Sacred Heart students have a great attitude–they are very willing to participate in class and eager to learn,” Mr. Kronenberg said.  “Another thing that impressed me about Sacred Heart is that there are a lot of teachers, including those in the Math Department, who have worked at Sacred Heart for many years.  I took that as a very positive sign that Sacred Heart would be a great place to work, and I was right.”