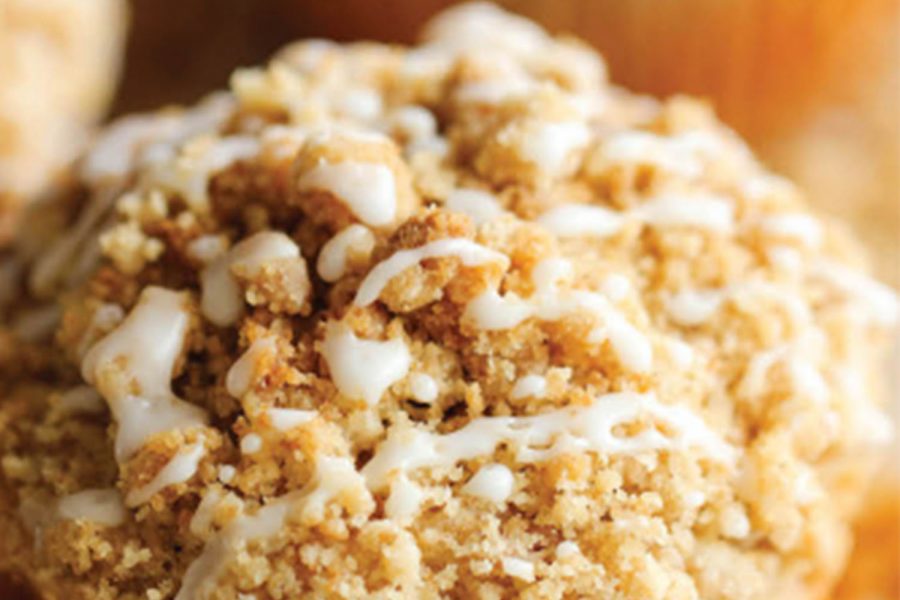 Freshman Catherine Dodman loves to bake these coffee cake muffins as a cake on Christmas morning.

FOR THE CRUMB TOPPING:

1) Preheat oven to 375°F.  Line a 12-cup standard muffin tin with paper liners or coat with nonstick spray.  Set aside.

2) To make the crumb topping, combine sugars, cinnamon, and salt in a medium bowl.  Whisk in melted butter and add flour.

3) Stir using a rubber spatula until moist.  Spread out mixture on parchment paper to dry until ready to use.

5) In a large glass measuring cup or another bowl, whisk together milk, canola oil, and eggs.  Pour mixture over dry ingredients and stir using a rubber spatula just until moist.

6) Scoop the batter evenly into the muffin tray and sprinkle reserved crumb topping, using fingertips to gently press the crumbs into it.  Place into oven and bake for 15 to 17 minutes, or until a tester inserted in the center comes out clean.

8) When the muffins are done, cool for ten minutes and drizzle the glaze on each muffin.

9) Allow glaze to set before serving.