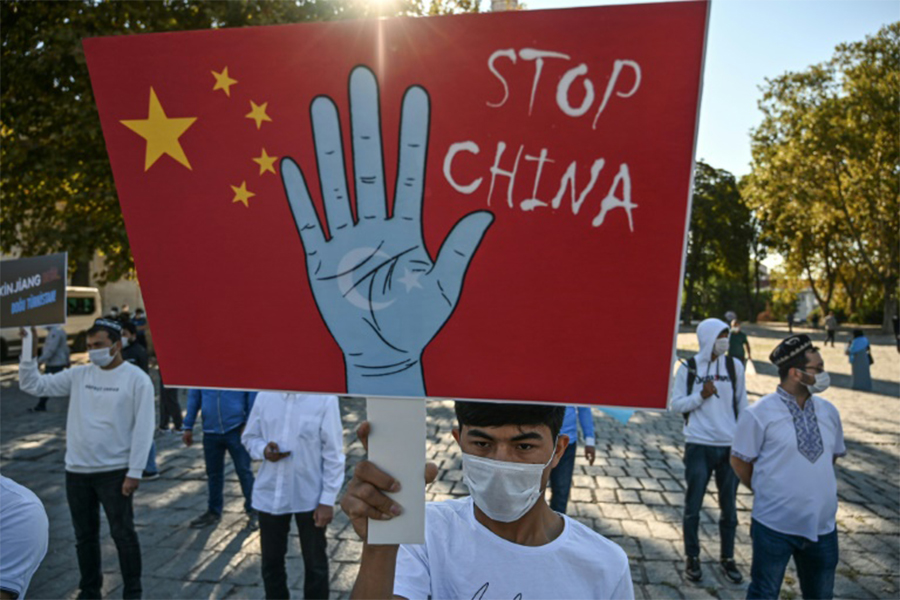 In Xinjiang, a self-governing territory located in China’s northwest region, the Chinese government is actively repressing Uyghur Muslims through expanded detention centers, according to pbs.org.  The Uyghurs are a Turkish ethnic group affiliated with the Islamic faith and make up 45 percent of the Xinjiang population, according to fas.org.  At least 1 million Uyghur Muslims remain detained in approximately 85 identified camps due to hostile campaigns that begin in 2017.  In these “reeducation centers,” Muslim minorities face incarceration, beatings, and interrogations because of their religion, according to pbs.org.

The Chinese government maintains that Uyghurs hold extremist views that make them a threat to national security, using jihadist attacks from 2013 and 2014 as their justification, according to pbs.org.  Additional anti-Uyghur initiatives include a ban on long beards and veils along with the demolition of dozens of mosques.  At the United Nations (UN) General Assembly October 29, 2019, more than 30 countries publicly condemned the Chinese leadership for their violent crusade of oppression.  Thirty-seven countries, including Egypt, Saudi Arabia, and Qatar, responded in defense of China, considering their actions to be rational protection from terrorism, separatism, and religious extremism.

The overcrowded and confined living conditions, lack of sanitation, and poor medical facilities in these camps leave 1 million Uyghurs at high risk for contracting COVID-19.  However, due to a media blackout in the Xinjiang province, there is no estimation of the number of COVID-19 cases within the internment camps, according to lse.ac.uk.  Following the country’s recent economic downturn, the Chinese government is forcing Uyghur Muslims to work as compensation for the shortage of laborers amidst the coronavirus pandemic.  These actions make it impossible for Uyghurs to self-isolate, leaving them highly vulnerable to COVID-19 while also highlighting the government’s blatant disregard for their health and safety, according to lse.ac.uk.

Mr. Orynbek Koksybek is an ethnic Kazakh and a practicing Muslim who survived several months in a Xinjiang detainment camp in 2018.  He recounted his story, acknowledging both the violence and hypocrisy of the Chinese government.

“My hands were handcuffed, my legs were tied,” Mr. Koksybek said, according to bbcnews.com.  “They threw me in a pit.  I raised both my hands and looked above.  At that moment, they poured water.  I screamed.  I don’t remember what happened next.  I don’t know how long I was in the pit but it was winter and very cold.  They said I was a traitor, that I had dual citizenship, that I had a debt and owned land.  In Chinese they call it re-education camps to teach people but if they wanted to educate, why do they handcuff people?  They detain Kazakhs because they’re Muslims.  Why imprison them?  China’s aim is to turn Kazakhs into Chinese.  They want to erase the whole ethnicity.”