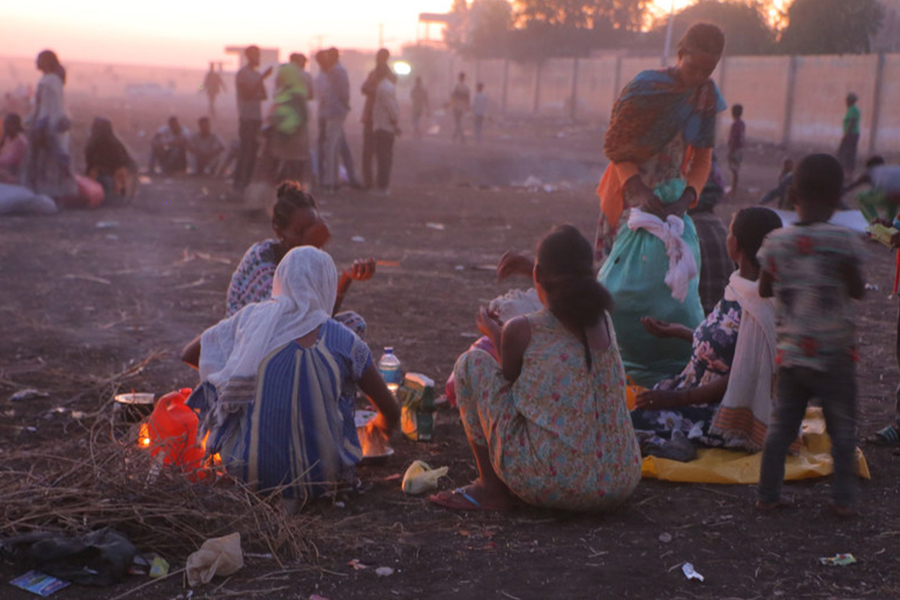 The Tigrayan region of Ethiopia is in critical conditions following a series of violent attacks.

Ethiopian federal forces began an assault on its Tigray region November 4, 2020 in response to the hostile takeover of government military bases in the territory, according to crisisgroup.org.  Disputes between the Tigray People’s Liberation Front (TPLF) and the Ethiopian government surrounding illegitimate elections preceded the violent siege.  Following heated riots, the national military quickly annexed the Tigrayan city of Mekelle.  Widespread conflict left thousands dead and displaced over 1 million residents, many of whom fled to Sudan.  Tigrayan party leaders then abandoned the city, supposedly out of concern for the lives of their civilians.

Although little information is available about the situation due to a media blackout, reports suggest a systematic campaign of ethnic cleansing in Tigray, according to crisisgroup.org.  Armed militants destroyed entire villages through the use of force and intimidation tactics in an effort to make Western Tigray an ethnically uniform region, according to npr.org.  In retaliation, the TPLF fired missiles, furthering the national divide.  However, United Nations (UN) humanitarian coalitions are unable to access the Tigrayan countryside, or anywhere far beyond Mekele, to provide relief to civilians.  With the increased involvement of neighboring countries and an influx of refugees fleeing to Sudan, the conflict will likely worsen.

The coronavirus pandemic’s regional effects, including lockdowns and economic restraints, make it difficult to get critical assistance into Tigray, according to usglc.org.  Following the region’s devastation, many of its remaining citizens cannot practice health precautions, such as social distancing and handwashing.  Medical supply shortages and underserved hospitals leave millions suffering from traumatic injuries and infected with COVID-19.  As a result of the conflict and attacks, the UN predicts that approximately 11 million Tigrayans will be in need of urgent assistance in the coming months.

Mr. Debretsion Gebremichael, Leader of the TPLF and Acting President of Tigray, commented on the alleged ethnic cleansing happening throughout the region.