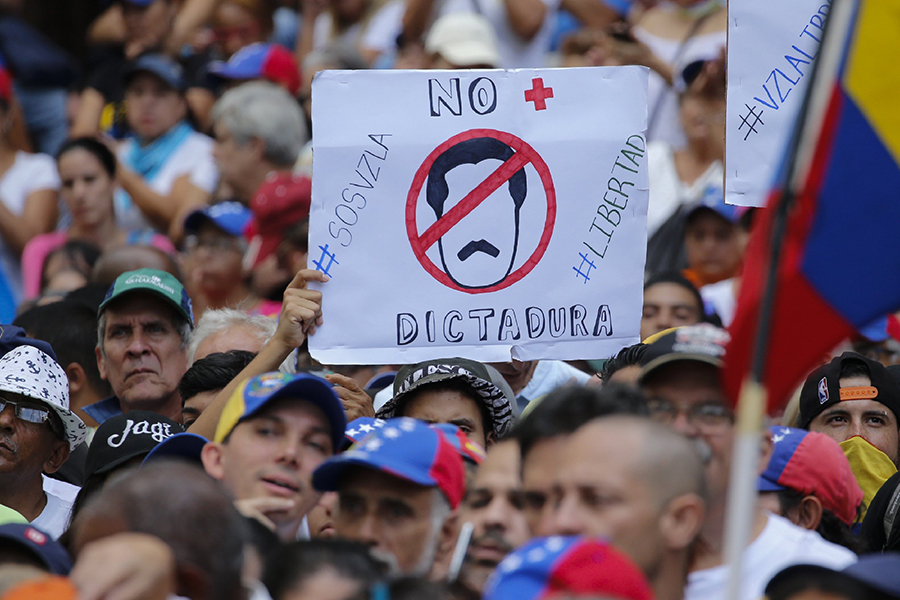 Governmental incompetence and corruption have devastated the Venezuelan standard of living over the past decade, according to bbcnews.com.  Under the administration of incumbent President Nicolás Maduro, the nation descended into an economic and humanitarian crisis.  The Venezuelan Opposition movement began in early 2019 under the guidance of interim President Juan Guaidó following Mr. Maduro’s allegedly rigged reelection campaign, according to globalcrisis.org.  As neither leader will relinquish his power, Venezuela is in the midst of a political emergency resulting in violence, food shortages, and overall disorder.  In a failed attempt to overthrow the Maduro dictatorship, the United States implemented a “maximum pressure campaign” that included governmental sanctions, military threats, and an abortive coup.  These sanctions left Mr. Maduro’s regime stronger as they further isolated the country, incentivized collaboration with United States adversaries, and greatly increased the impoverishment of Venezuelans.

The presidential dispute and subsequent political tension led to increased conflict throughout the divided country, according to bbcnews.com.  Economic downturn has also worsened, inducing a widespread shortage of basic supplies and further impoverishing citizens.  As a result, 5 million families fled to the outskirts of Colombia or violent border grounds in search of refuge.  Mr. Guaidó’s opposition has been largely ineffective due to inaccurate speculations of Mr. Maduro’s capacity to survive internal isolation and overestimations of the United States’ willingness to make forceful military threats.  After two years of unsuccessful and often provocative strategy, reconciliation within Venezuela seems unlikely, according to globalcrisis.org.

The coronavirus pandemic exacerbated food insecurity and financial instability in Venezuela, worsening the country’s already dire conditions, according to csis.org.  Mr. Maduro is using COVID-19 to strengthen his political standing by establishing barriers to humanitarian work, controlling the allocation of foreign medical supplies, and hindering the opposition with lockdown protocols.  As a result of Mr. Maudo restricting COVID-19 testing to a few government-run facilities, Venezuela has the worst testing capacity in Latin America as hospitals can only perform a limited number of tests per week and there are long delays in receiving results.  The country’s seemingly low number of positive COVID-19 cases is a reflection of its lack of testing, rather than the true number of cases in Venezuela currently.