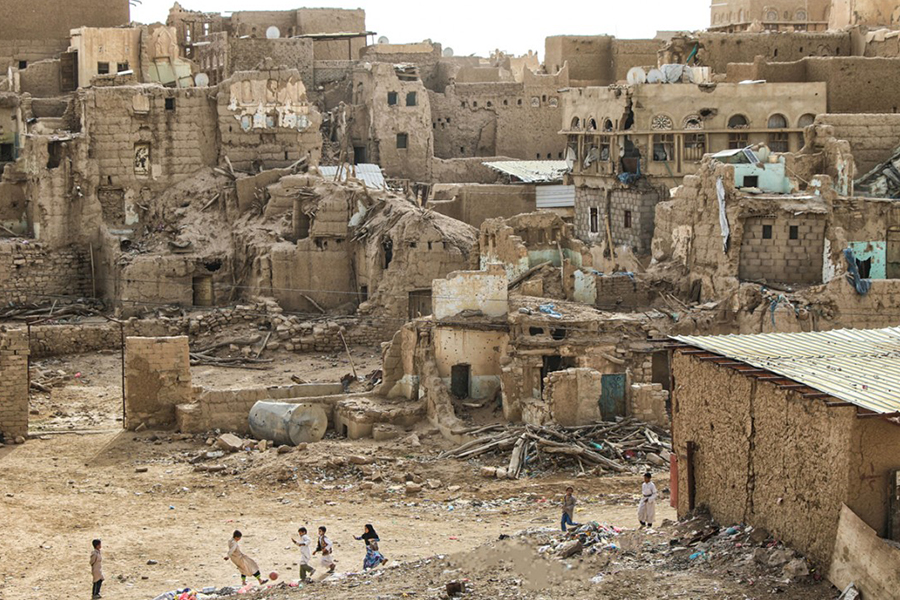 The country of Yemen remains devastated after years of internal conflict.

Yemen, a country located in the Middle East, is home to the world’s largest humanitarian crisis with approximately 80 percent of the population in critical need of aid, according to unicef.org.  The nation’s civil war began following the forced transfer of power between former Dictator Ali Abdullah Saleh and current President Abdrabbuh Mansour Hadi in 2011, according to bbcnews.com.  The Houthi Movement, comprised of the Yemeni Shia Muslim minority, led violent uprisings and threatened to take over the entirety of Yemen, resulting in the need for foreign intervention.  Coalitions from Saudi Arabia and Iran quelled the unrest, yet inaugurated a tense military stalemate that has lasted five years.  Despite the ceasefire, separatist sentiments and widespread suffering continue.

Prior to the conflict, Yemen ranked as one of the Middle East’s poorest countries.  The nation is now on the brink of widespread famine in addition to facing one of the largest cholera outbreaks in recorded history.  The United Nations verified the deaths of at least 7,700 civilians, many of whom died from preventable causes such as disease, malnutrition, and lack of sanitation, according to bbcnews.com.  Some estimate that the fatality rates are much higher, with approximately 12,000 civilians killed in violent attacks.  Humanitarian groups consider nearly 10 million people in Yemen to be one step away from starvation, providing evidence of the country’s dire food shortage.  Over 2 million children are acutely malnourished in Yemen, and children are also disproportionately impacted by closures of schools and hospitals that disrupted access to education and healthcare, according to unicef.org.

With the spread of COVID-19, Yemen faces a dire situation as sanitation and clean water are both in short supply.  The country’s remaining health facilities lack basic equipment such as masks, gloves, or ventilators, according to hrw.org.  In addition to the preexisting economic decline and national conflict, the coronavirus pandemic has worsened Yemen’s condition and decreased the likelihood of recovery in the near future.  Despite the country’s state of emergency, humanitarian aid groups seeking to help the Yemeni population are barred from the country under quarantine restrictions.

Mr. David Miliband, President and Chief Executive Officer of the International Rescue Committee focused on Yemen, spoke on the importance of a political resolution within the nation as a solution for its current humanitarian crisis.